Has Ukraine's 'Revolution Of Dignity' Left Women Behind?

October 27, 2015
KIEV, Ukraine -- Ukraine’s Euromaidan revolution called for dignity and justice, but one year later gender equality is not a priority on the Ukrainian political agenda – not even for female lawmakers. 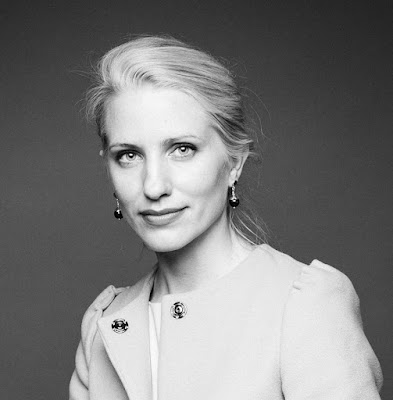 In 2010, former Ukrainian Prime Minister Mykola Azarov enraged women across Ukraine when he declared “conducting reforms is not women's business.”

Today, Svitlana Zalishchuk is one of the newly elected female lawmakers proving him wrong.

With her cascade of blonde hair and sapphire eyes, Zalishchuk is a striking figure.

Recently described as one of “the most honest and toughest anti-corruption lawmakers”, her gentle, measured manner can be deceptive: she is a fighter, driven towards her vision for an accountable, transparent and stronger Ukraine.

She insists that we meet on Maidan after a vigil held for Georgiy Gongadze – a journalist kidnapped and brutally decapitated in 2000; one of Ukraine’s most shameful emblems of corruption and rotten governance.

It’s a fitting setting given Zalishchuk’s important role as a coordinator in the Euromaidan revolution as well as her impressive career as a political activist, journalist and initiator of a number of civic campaigns, including “Stop censorship!” and ‘Chesno’ – an organisation advocating for greater political transparency.

Zalishchuk was elected as a deputy of Ukraine’s parliament, the Verkhovna Rada, in November 2014 alongside 47 other women – making up 11.1% of the Rada’s total composition.

This set a record in the political history of Ukraine, along with the election of the first female Deputy Chairman of Parliament, Oksana Syroyid.

Despite this progress, the gender imbalance within the Ukrainian political framework is still evident.

“The Rada was historically created to be a man’s world,” Zalishchuk explains “there was one time, for example, when I had an argument with a male politician – he said very vulgar, sexist things to me.”

This behaviour in the main chamber is not a rare occurrence, echoing comments made by Yanukovych during his presidential election campaign when he declared that his female opponent, Yulia Tymoshenko, should “go back to the kitchen.”

In April 2013 the far-right party Svoboda, then in opposition, registered a bill that would have criminalised abortion even in cases of rape.

Svoboda member, Oleksandr Sych, who in February 2014 briefly became one of the vice ministers to the Deputy Prime Minister of Ukraine, was widely quoted as saying that rape "cannot be proved" and that women should “lead such a lifestyle so as to not be exposed to the risk of rape. In particular, [they should not be] drinking alcoholic beverages in questionable company.”

There is a tradition of fist-fighting in the main debating chamber, children are barred from the premises, and politics remains the only profession that does not allow maternity leave.

Several female lawmakers have spoken out about the impossibility of juggling family duties with the pressures of political life.

But Zalishchuk is trying to change things:

“Yesterday we actually registered a petition to allow children into the Rada and for the installation of a baby changing room – we are constantly lobbying for the introduction of 30% female quotas in the make up of deputies.

“We need voting reform: we need to bring more women into politics.”

Throughout Ukraine’s history of women’s rights there has been a lack of coherency between a projected, progressive image and a deeply conservative reality – often framed by the superficiality of the propaganda of the time.

The Ukrainian Soviet Socialist Republic, for example, introduced female suffrage in 1917 and became the first state to legalise abortion in 1920 along with the rest of the USSR – seemingly one of the most radical regimes of the past century.

Alongside it’s vibrant strand of feminist literature, including the celebrated works of Marko Vovchok, Lesia Ukrainka and Olha Kobylianska, Ukraine is also the birthplace of two extremely influential and radical feminist organisations: the Ukrainian Women’s Union of the 1920s and FEMEN, who tellingly, have since moved to France and abandoned their actions in Ukraine saying that they fear “for their lives and freedom”.

“Though it is sometimes stated that the USSR emancipated Ukrainian women and that the post-socialist regime pushed them back into the kitchen, there's very little evidence to support this claim. Certainly, a number of progressive changes were made in the USSR of 1920s, but some of them were later suppressed in 1930s – homosexuality, for example, was re-criminalised in 1933 and remained a criminal offence until 1991. In any case, these changes didn't really free women from the double burden of having to take on work and domestic chores. It is also unclear whether these changes were ever really understood and supported by general public.”

The same discrepancy can be seen between the reputation of Ukrainian women at home, and how they are regarded internationally.

At home, women are respected as long as they are fulfilling their traditional roles as strong, moral, centre-pieces of the family and society, while just a quick Google search will reveal the depressing, foreign stereotyping of Ukrainian women: advertisements for “mail-order brides” and dating sites promising to introduce you to the “beautiful, sexy, submissive lover of your dreams” flood the results.

Sex tourism continues to be a chronic issue in Ukraine – often, as Rachok mentioned, blamed on the break up of the Soviet empire, which forced women, faced with no income or opportunities, into sex work or the pursuit of richer, Western partners.

If women’s current position within the public sphere is bad, aspects of the private realm are worse.

The bloody conflict in Ukraine’s east and Crimea has aggravated women’s immediate position in society, with the majority of IDPs made up of women (66%) and children.

According to recent reports, there has also been a spike in rates of domestic and sexual violence, often stemming from soldiers suffering from PTSD returning to their wives and families from the front.

Displacement has also led to an increase in the number of women now turning to sex work and vulnerable to human trafficking.

Ambassador Madina Jarbussynova, OSCE Special Representative and Co-ordinator for Combating Trafficking, elaborated on the effects of war: “experience shows that large scale and uncontrolled movement of people in a conflict situation creates a favourable environment for organised criminal activity and increases the risk that people will fall into situations of human trafficking. This includes forced participation in military activities, sexual and labour exploitation, organ removal, recruitment into criminal activity and even forced recruitment of child soldiers.”

In an interview, Natalia Karbowska, Chair woman of the Ukrainian Women’s Fund, explains that these problems are exacerbated by Ukraine’s culture of silence.

“The main challenge with this violence is that it’s still a taboo issue in Ukrainian society: everything that happens at home, stays at home.”

Karbowska says that this culture was strengthened by Soviet propaganda and now, by the government’s failure to act.

“Soviet society was supposed to be perfect, so imperfections and problems were talked about in private. Women never even thought you could discuss it. Today, we hear about this violence all the time - but there is no data, the government is not collecting it and ignoring it.”

The economic crisis has also had a particular impact on women, whose pay is already lower than that of their male counterparts.

And with the collapsing currency, they are now earning much less than before.

Despite the gravity of the situation, gender equality, and provisions for vulnerable women, is not a priority on the political agenda.

When quizzed about her feelings towards this, Zalishchuk shrugs: “It cannot be any different. There are bigger, primary challenges like reform and tackling corruption which need immediate solutions and we do not have rich resources.”

Indeed, Karbowska claims that little-to-no government funding is being channelled towards women’s issues.

“I saw the draft of UN Resolution 1325 – which acknowledges the disproportionate and unique impact of armed conflict on women and girls – which Ukraine recently announced it would implement. But there is 0% funding in state budget – this is an indication of lack of interest by the government. It’s all words and no action…”

Karbowska hopes that the new wave of politicians will see the bigger picture – she sees political and social equality as issues of national security:

“When vulnerable women are being neglected – even by people who look and act like feminists – this means we are not living in a real democracy or a progressive society.”

Despite the lack of urgency, Karbowska is still optimistic:

“Every crisis is an opportunity. Women are now more visible in society: in civic society, politics, journalism and even as female soldiers. More women are making decisions, and I think this conflict has opened up opportunities for women… There are even women making reforms now – they really are proving Azarov wrong.”