The Guardian View On The Latest Ukraine Ceasefire Call: Why This Could Be The One That Works

September 01, 2015
KIEV, Ukraine -- The prospects are not good that the new international call for a ceasefire in eastern Ukraine will be heeded any more rigorously than its predecessors were. 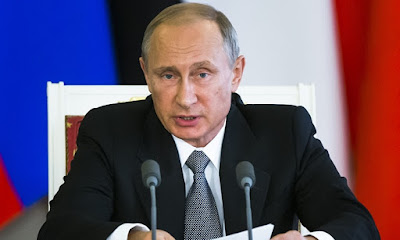 It is too soon to be confident but this time the economic and political pressures may be mounting on Putin to make agreements that will stick.

Yet in the continuing 16-month war on Europe’s fringes, some of the dynamics may perhaps be shifting in some important ways.

On Saturday the leaders of Germany, France and Russia held a three-way phone conversation in which they backed a joint announcement made by Ukraine and pro-Russian separatists last week, that a ceasefire would be reinstated on 1 September.

The weekend initiative is the latest attempt to put some life back into February’s Minsk agreement, which has all but fallen apart as the fighting has continued.

The agreement remains a fragile plant; both sides came out on Saturday with separate statements with very different emphases.

Putin laid all the blame on the Ukrainian government, while Kiev has been warning that Russia is readying for new offensives.

The Minsk agreement will also come under further international scrutiny as the end of the year nears.

This marks the deadline for the internationally recognised border to come back under Ukrainian government control.

At the moment, however, the Russians maintain an exclusive grip.

So other European states will have to decide soon whether to prolong sanctions against Russia, which arms the rebels and continues to give them backing through covert paramilitary involvement.

The Minsk agreement may have been largely ignored by both sides, and may now have very little chance of being fully implemented.

The 1 September ceasefire may go the way of the others that have failed to hold.

Yet a lot is at stake.

Some argue that the agreement has nevertheless reduced the number of deaths in eastern Ukraine, though there are victims almost every day and one report, not independently verified, suggests Russian deaths may have reached 2,000.

Putin’s recent language may nevertheless indicate that he is looking for a way out of what may have turned into something of a military and political quagmire.

Russia’s economy is suffering from low oil prices, and sanctions are hurting.

After annexing Crimea last year, Putin raised the stakes by launching a conflict in the Donbass and firing up Russian nationalist sentiment.

Yet the separatist forces are a disorderly group that have shown themselves incapable of carving out a territory that could be held sustainably.

This could explain why there is less talk these days in Moscow of creating a revived “New Russia” territory from the Donbass to the Black Sea.

A debt reduction programme has also been put in place.

That is not to say that Russia has given up on destabilising its neighbour, nor on trying to redraw Europe’s security architecture to its advantage.

Both must be consistently resisted, while Ukraine must be encouraged to carry out reforms at the same time.

The larger European interest remains that of getting Putin to withdraw Russian forces from eastern Ukraine and ultimately of reasserting that international boundaries are inviolable.

For this to be achieved, it won’t be enough to keep setting new ceasefire dates.

It will be essential to demonstrate both a readiness to talk to Putin and a determination to prolong, and possibly even to increase, sanctions until the pull-out of forces takes place.