Maria Gaidar, A Scion Of A Famous Russian Family, Switches Loyalty To Ukraine 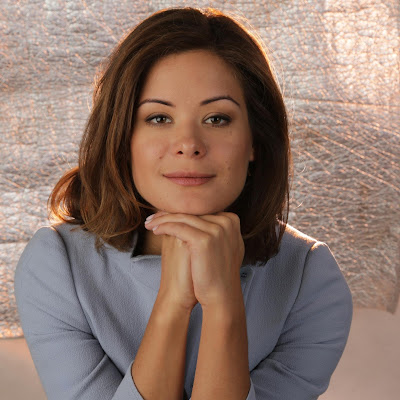 Maria Gaidar is the daughter of one of Russia’s most famous reformers, the first post-Soviet prime minister, Yegor Gaidar.

Divided by age, groups of girls and boys up to 7 played in the heat, wearing only underpants.

The older ones were excited to have unexpected visitors, and clamored to be picked up.

Despite the sweltering heat and her towering Prada heels, Maria Gaidar acquiesced without breaking a sweat.

She cocked an ear as one of her inspectors reported that, so far, they had counted only 39 children on-site, not the 50 claimed in the orphanage’s paperwork (the caretakers had promised to look for more children to count).

Ms. Gaidar replied with a touch of sarcasm, referring to the institution’s official payroll numbers.

The daughter of one of Russia’s most famous reformers, the first post-Soviet prime minister, Yegor Gaidar, Ms. Gaidar is now the newly minted adviser to the regional governor on health and social issues in the Odessa region of Ukraine.

She is one of several prominent outsiders who have descended on the area in hopes of transforming it into a showplace of Ukrainian democracy.

Fraud-spotting inspections like this one, conducted with the help of volunteer experts, are part of Ms. Gaidar’s many plans to help her boss, the former president of Georgia Mikheil Saakashvili, in his fight against the rampant corruption that is one of this potentially volatile, largely Russian-speaking region’s Soviet-era legacies.

Along the way, it is hoped, he will inspire residents leaning toward Moscow to switch their loyalties to Kiev.

While Mr. Saakashvili has replaced Odessa’s port director and imported members of the California Highway Patrol to train new police officers, Ms. Gaidar is focusing on smaller-bore projects that, if they succeed, are no less important to the people whose lives are affected:

But Ms. Gaidar’s work with Ukrainian orphans and electric companies is also part of a larger, anti-Kremlin message, one that has made waves back in her native Russia.

“Ukraine is losing heavily in the information war. This sends the message that Ukraine is doing better, and Russians are coming to help.”

In Russia, news that the 32-year-old scion of a famous Russian family — in addition to her economist father, her great-grandfather Arkady Gaidar wrote a seminal Soviet children’s book — was taking an administrative job in Ukraine incensed the state-run news media.

“I was surprised,” said Ms. Gaidar, who is best known for her work as a leading opposition activist in the burgeoning Moscow protest scene of the mid-2000s, alongside reformers like Alexei Navalny and Ilya Yashin.

For Roman Dobrokhotov, the editor of The Insider Russia, a Moscow-based online investigative political newspaper, the answer is clear.

For someone like Ms. Gaidar, who has hung from an icy Moscow bridge facing the Kremlin to protest election fraud, but would rather spend her time organizing and putting in effect concrete social policies, very few paths are available in Russia.

“We understand there’s not really an opportunity here to participate in a real political life,” Mr. Dobrokhotov said.

“There in Odessa, Maria and all the team, they get a real chance to build another type of society, an open society.”

In emigrating, Ms. Gaidar joins a wave of Russian activists and former activists choosing to leave their country — though unlike her, many relocate to Western nations, where they generally have no political role to play.

Back home, Russians are inundated with the message that a regime change in Ukraine has led to chaos.

Still, many are watching what happens in Odessa, a place with which they share linguistic and historical ties.

“People really wonder what can change after a revolution,” Mr. Dobrokhotov said.

“Russians who use the Internet see Mikheil Saakashvili on YouTube confront an oligarch with an illegal beach villa, then tear down his wall blocking access for the beach, and feel, ‘We want something like this in Russia.’ ”

Describing Odessa as an “experimental field” for political reform, Mr. Saakashvili said that, among other things, his administration could serve as a training ground for future Russian leaders.

“If Ukraine does reform and change, Maria is going to be part of this process. What we’re trying to do here, we hope one day will be relevant in Russia, post-Putin.”

That is certainly Ms. Gaidar’s hope, as well.

Her interest in the political realm began a few years into Vladimir V. Putin’s first presidency, when she saw signs of emerging authoritarianism.

At the time, she was working in advertising, and happy to have a steady job.

But she decided she wanted to do something more.

“Psychologically, Putin was so overwhelming, and no one spoke out against it,” she said.

“I wanted to show there is another reality, people who care and want to talk.”

She began asking around and fell in with several young, reform-minded men and women, including Mr. Navalny.

“The space of political activity at that time was very, very small,” she said.

“Everybody knew each other.”

One of several youth groups that popped up at the time, inspired by Ukraine’s 2004 Orange Revolution, DA! occasioned Ms. Gaidar’s first brush with the Kremlin.

“And I said, ‘Thank you, but no thank you.’ And that was when we started to have problems.”

Venues canceled because of electrical problems, and hecklers appeared at the meetings, shouting “Sieg Heil.”

For Ms. Gaidar, the lesson was clear.

“Once people are independent, in this system they are not welcome,” she said.

In 2009, she joined Mr. Navalny and a handful of activists in the depressed Russian region of Kirov, where Nikita Belykh, a fellow opposition activist, had been appointed governor.

She returned to Moscow and, in recent years, focused her energies on social work.

But then came the Ukraine conflict and Russia’s turn toward a bellicose nationalism.

“If everything had been fine, I would be in Russia, working as a technocrat or as a politician,” she said.

“But with this war, I feel if I am not doing something against it, then I feel I am participating.”

When Mr. Saakashvili offered her a job in Odessa, she quickly accepted.

In Odessa, commentators have been critical of Ms. Gaidar, saying she lacks experience.

“One approach is to wait and see,” wrote Volodymyr Dubovyk, a professor at Odessa I. I. Mechnikov National University, in an email.

Nonetheless, she is charging ahead.

Fielding calls from the deputy head of the police department, who wanted her to mediate with lesbian, gay, bisexual and transgender activists whose parade dates coincided with a soccer weekend, she stepped outside to take a look at the orphanage’s leaky-looking roof.

Shaking her head, she described another project: building a glassed-in reception room staffed largely by volunteer lawyers and charity workers.

This will replace the current system, in which administration guards put people who come in with problems like missed pension checks on a list for a meeting with Mr. Saakashvili that is not likely to ever happen.

Right now, Ms. Gaidar is in the process of renouncing her Russian citizenship, as required by Ukrainian law.

As she scanned the orphanage’s neglected grounds, she said the decision was hard to make.

“It didn’t feel good at all. I have a Russian soul, that’s definite. But for me to be here, now, and to be here completely, it’s important.”