Russia Warns Of Explosive Consequences Amid U.S. Drills In Ukraine

July 22, 2015
MOSCOW, Russia -- Russia issued a warning that the military drills led by the United States in western Ukraine could ignite “explosive consequences” and upset the peace process with separatist in the eastern part of the country. 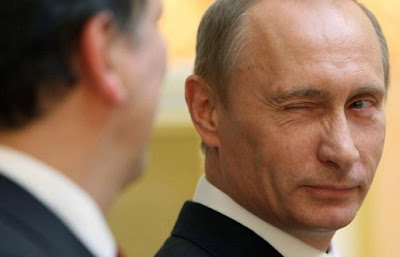 There are 1,800 soldiers from different countries participating in the US-led military exercises.

The drills were intended to boost the morale of the soldiers involved in the ongoing conflict in Eastern Ukraine caused by pro-Russian separatists.

In a statement, the Foreign Ministry of Russia said, “The military drills involving NATO members and Ukraine's army that started in Lviv region under U.S. command are a clear demonstration of NATO's provocative policy to unequivocally support the policies of current Kiev authorities in eastern Ukraine.”

The Russian Foreign Ministry added that NATO is not ready to recognize that the military exercises is wrong and emphasized that such activities, which are considerably increasing in scope could result in explosive consequences.

“These actions... may threaten to disrupt the visible progress in the peace process concerning the deep internal crisis in Ukraine,” according to the Foreign Ministry.

Ukraine had been engaged in a conflict with pro-Russian separatists since April last year.

The Ukrainian government accused Russia of supporting the rebels with troops and resources to continue the insurgency in the Donetsk and Luhansk regions.

In February, Russia, Ukraine, France and Germany signed the Minsk Agreement, which called for an immediate ceasefire in the Donetsk and Lugansk regions, the pull-out of heavy weapons by Ukraine and pro-Russian separatists.

Foreign armed formations and military equipment and mercenaries were also required to pull out from the regions.

The agreement also called for the restoration full control over the state border by the government of Ukraine in the entire conflict zone and a constitutional reform in Ukraine by end 2015.

Ukraine and the pro-Russian separatist continue to engage in deadly confrontations despite the peace agreement.

US-led military exercises is a show of support for Ukraine

Ukrainian forces commander Oleksandr Syvak said the annual Rapid Trident exercises demonstrate a broad support for his country as it struggles to fight for its freedom and sovereignty.

On the other hand, U.S. armed forces commander Alfred Renzi emphasized that the participating countries in the military exercises proved their “ability to cooperate as a unified force for stability.”

In response to the Rapid Trident exercises, Russia’s Navy announced that one of its warships stationed in Crimea would conduct live rocket fire drills on Sunday.

Vyacheslav Trukhachyov, spokesperson for Black Sea Fleet of Russia said, “After a long interruption and in order to demonstrate the navy's combat capabilities, the Ladny frigate will attack a dummy target from an anti-submarine system.”

He also said that more than 30 naval vessels and 30 jets and military helicopters would display its capabilities near their tsarist-era base in the Crimean port of Sevastopol as Russia marks its annual Navy day on Sunday.

U.S. believes the possibility of World War 3 is growing

A separate report indicated that a recently released U.S. National Military Strategy acknowledged the growing possibility of a World War 3.

Political observers noted that the insurgencies and terrorism in the Middle East continued to happen, and a serious national-security concern shaped the last century.

The United States and China are also competing on military superiority in the Pacific region.

The Pentagon emphasized the necessity of military innovation to deal with the next mix of threats.

“If American forces ever did have to fight against another great power’s military — as opposed to the lesser trained and equipped Taliban and Islamic States of the world, which have been challenging enough — “the consequences would be immense,” according to the latest National Military Strategy.