July 19, 2015
KIEV, Ukraine -- British soldiers will take part in a multi-national training exercise in Ukraine, the Prime Minister has announced. 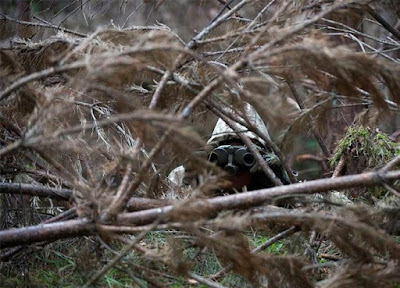 The US and Ukraine-led exercise, named Rapid Trident 2015, brings British soldiers together with troops from several other partner nations in the west of the country.

The 11-day exercise, which will start on July 20, is designed to promote regional stability and security, strengthen Ukraine’s defensive capacity, and build trust between participating nations.

It also aims to improve the ability of Ukraine and partner nations to conduct joint operations, and to develop the capacity of the United Kingdom's partners in Eastern Europe to contribute to international peacekeeping operations.

The British Army is sending Battle Group Headquarters staff and an infantry platoon from 1st Battalion The Rifles, a total of around 50 personnel, to provide vital training and contribute to the mission command headquarters.

The UK’s participation in this exercise follows the recent delivery by the RAF of a significant package of equipment support to increase the resilience of Ukrainian troops, and the Secretary of State’s announcement that the UK will step up its infantry training programme in the country.

"This underlines our commitment to the sovereignty, independence and territorial integrity of Ukraine and our other Eastern European partners. "

"Alongside my recent announcement that we are stepping up our training of Ukrainian forces and our delivery of crucial equipment, it sends a clear message that we stand firm with Ukraine in the face of aggression."

In the first phase of the exercise UK personnel will train partner nations’ troops in essential tactics, such as reacting to contact with enemy forces.

Battle Group Headquarters staff will also contribute to a command post exercise, testing the ability of commanders to lead operations alongside soldiers and officers from other nations.

In the second phase, British soldiers will join in a number of joint field training exercises to test and evaluate the skills shared in phase one, while Battle Group Headquarters staff will form part of a US-led battalion headquarters.