Yanukovych 'Family' May Own Billions Of Dollars Of Ukrainian State Debt 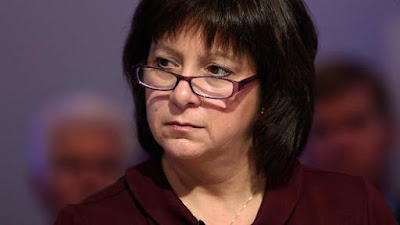 Fugitive former President Viktor Yanukovych and his 'family' of business associates may own billions of dollars of state debt through Franklin Templeton Investments, a US-based bond holder Ukrainian Finance Minister Natalie Jaresko has admitted in an interview with news agency TSN.

In an interview with TSN on Sunday Finance Minister Natalie Jaresko did not refute the allegation but Yanukovych who is hiding in Russia is wanted by Ukraine partly over allegations of state theft and Interpol issued a red notice for his arrest earlier this year.

He is believed to have used his position to enrich himself and his network of business associates by siphoning off money from the state.

Experts say it could take years to trace the money, much of which may never be possible to return.

Ukraine owes around 27 billlion dollars to its international creditors and is struggling to stave off a default which could threaten the Ukrainian banking system with collapse.

Ravaged by conflict in the country's east, Ukraine is asking its foreign bondholders to accept a 40 percent writedown or "haircut" on the billions of dollars they own; but so far they have not agreed.

Quoting Goldman Sachs Bloomberg claimed that Ukraine would miss a repayment in July, setting off a default on about USD 19 billion of debt.