June 05, 2015
OSLO, Norway -- NATO said on Thursday Russia was delivering sophisticated weaponry to rebels in eastern Ukraine, renewing long-standing accusations amid the worst upsurge in fighting in months between the Kiev government's forces and pro-Russian rebels. 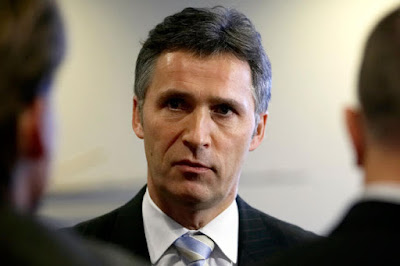 Earlier, Ukraine's President Petro Poroshenko told his military to be prepared for the possibility of a "full-scale invasion" by Russia across the entire length of the joint border.

"We have precise information that Russia is present in eastern Ukraine and that it has delivered large quantities of heavy, advanced weapons to the separatists," NATO Secretary-General Jens Stoltenberg told reporters in Oslo.

"Artillery, anti-aircraft systems, advanced weapons systems. They have supplied more than 1,000 units of this kind to the separatists."

"Russia has a particular responsibility (to end the conflict) because they back the separatists and supply them with heavy arms. They also have forces in eastern Ukraine," Stoltenberg added.

Moscow denies sending troops into Ukraine or helping to arm the rebels.

The United Nations says more than 6,400 people have been killed in the conflict, which erupted in April 2014.

Stoltenberg, a former Norwegian prime minister, urged both sides in the conflict to withdraw their heavy weapons from the frontline and to help implement a ceasefire agreement clinched in February in the Belarussian capital Minsk.