June 18, 2015
BRUSSELS, Belgium -- EU member states have agreed to extend damaging economic sanctions against Russia over the Ukraine crisis by another six months to the end of January 2016. 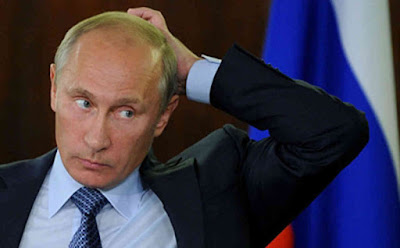 The agreement by ambassadors from the 28 European Union nations meeting in Brussels will be formalised by foreign ministers from the bloc when they meet next week, officials said on Wednesday.

'EU foreign ministers will finalise the decision in Luxembourg on Monday,' Poland's permanent representative to the EU said on Twitter, while several sources also confirmed the agreement.

The following day, the foreign ministers of France, Germany, Ukraine and Russia are slated to hold talks in Paris.

It is hoped those meetings may create renewed diplomatic momentum towards resolving the violence in east Ukraine, and address tensions between Russian and Western nations over the conflict and sanctions that have arisen from it.

The EU imposed its sanctions targeting Russia's banks, oil and defence sectors after Malaysia Airlines flight MH17 was shot down over rebel-held eastern Ukraine in July 2014.

The US has also imposed economic sanctions on Russia.

In March, EU leaders agreed in principle to roll the sanctions over by linking them directly to Russia's full implementation of a February ceasefire brokered by France and Germany in Minsk that runs to December this year.

'This is just putting into effect the March summit decision,' one EU source told AFP. 'The idea is to extend them to end-January to give time to review progress on the Minsk accord before having to take a new decision.'

Foreign ministers will likely approve it Monday without discussion.

The sanctions extension will keep relations between Russia and the West in the deep freeze, a year and a half after the crisis in Ukraine triggered the worst rift since the Cold War.

The EU first imposed asset freezes and travel bans on leading rebel and Russian figures after Moscow's annexation of Crimea in March 2014, and has expanded the sanctions as the conflict spread into eastern Ukraine, claiming more than 6,500 lives.

The decision to impose full-blown economic sector sanctions was much more controversial and painful, with certain member states such as Italy and Germany having particularly important trade and political ties with Moscow.

The shooting down of flight MH17, however, made those bilateral considerations secondary to ensuring a strong collective reaction.