Nemtsov’s Partner Says Russia Held Her Against Her Will

March 03, 2015
KIEV, Ukraine -- They met three years ago, by some accounts on a vacation to Turkey, and soon enough became a couple. 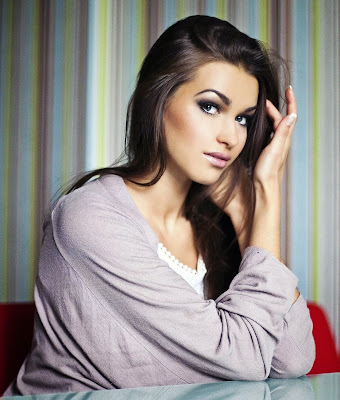 Anna Duritskaya, a Ukrainian model and the girlfriend of Boris Nemtsov, witnessed his death.

Though she was less than half his age, Anna Duritskaya, a Ukrainian model, was often with Boris Nemtsov, a beleaguered Russian opposition leader, including on Friday evening, when a gunman carried out the highest-profile political assassination in Russia during the tenure of President Vladimir V. Putin.

Ms. Duritskaya is now a primary witness to the shooting.

In interviews with Russian news media on Monday, Ms. Duritskaya said the Russian police were not allowing her to return to Ukraine, though they had not formally detained her.

Late Monday night, however, Ms. Duritskaya flew to Kiev, according to The Associated Press and the British newspaper The Guardian, as well as Russian wire services.

Her uncertain status had drawn objections from Ukraine’s Foreign Ministry as well as her Russian lawyer, who said the action had no legal basis under Russian law.

Earlier Monday, Ms. Duritskaya, 23, said in a Skype and telephone interview with Dozhd, a Russian television station, that she was staying at the apartment of an acquaintance in Moscow and had been placed under round-the-clock guard by the police, who she said were holding her against her will.

“I now have the status of a witness,” Ms. Duritskaya said.

“I gave all testimony that was possible, and I don’t understand why I am still on the territory of the Russian Federation, as I want to leave to be with my mother, who is sick and in a difficult psychological state.”

Ms. Duritskaya said she waited on Friday evening in the Bosco cafe in the GUM department store on Red Square for Mr. Nemtsov to finish an interview on the Echo of Moscow radio station.

The two had dinner and then started the walk home.

At no point, she said, did she notice anything suspicious, and she suggested that she had little to help investigators, because the gunman had shot Mr. Nemtsov in the back as the couple walked side by side.

Mr. Nemtsov, 55, a longstanding proponent of democratic reforms who had been in and out of jail, crumpled on the sidewalk.

By the time she looked back, she said, she saw neither the gunman’s face, nor the license plate of the getaway car.

She ran to a nearby snowplow, she said, to ask for help, then returned to the body and waited, by her account, about 10 minutes for the police to arrive.

The relationship of the older, famous politician and the young model from a country many Russians now believe to be their enemy has drawn intense interest from Russia’s tabloid press.

The Investigative Committee, the law enforcement organization with the lead on the case, has said it is examining a variety of possible motives for the murder, including that fellow members of the opposition killed him to create a martyr and that Islamist terrorists might be to blame, but that conflicts in his personal life might be the root.

More than a few Russian commentators and politicians floated the idea of jealousy.

Vladimir Zhirinovsky, the Russian nationalist politician, for example, said of Mr. Nemtsov’s romantic life, “This young girl was not the first.”

Ms. Duritskaya, in the interview, denied that either of them had received threats from jealous former lovers.

Komsomolskaya Pravda newspaper, citing investigators, reported that Ms. Duritskaya had “forgotten” crucial moments of the shooting on a bridge over the Moscow River, and cited unnamed experts saying that investigators might have to wait until she underwent a course of psychological treatment, to overcome shock.

Asked in the Dozhd interview what had happened on the bridge, Ms. Duritskaya said flatly “on the bridge, the murder of Boris took place.”

She told the Russian television channel that the investigators had not prohibited her from talking about the killing, though it remained an open question whether she might speak more freely about the shooting once outside the country.

LifeNews, one Russian television station that has delved into the relationship, interviewed a friend of Ms. Duritskaya’s, who said the couple “were really tied by genuine feelings.”

“They started to live together almost immediately,” the station cited the friend, identified only by her first name, Yulia, as saying.

“The couple was almost never apart.”

Mr. Nemtsov, a physicist turned politician, was separated from his wife and children.

Ms. Duritskaya had found some success in Kiev, working for the agencies Amodels and Kiev-Casting, appearing in online advertisements.

When war came to their countries, Mr. Nemtsov met with the Ukrainian president, Petro O. Poroshenko, who later said he had tried to be a “bridge” between the two nations in conflict.

He was killed just days before he was to lead a rally to protest the war in Ukraine.