U.S. To Back $2 Billion In Loan Guarantees For Ukraine

January 14, 2015
KIEV, Ukraine -- The United States plans to provide up to $2 billion in loan guarantees to Ukraine this year, the U.S. Treasury said on Tuesday, as part of a broader international package to stave off bankruptcy. 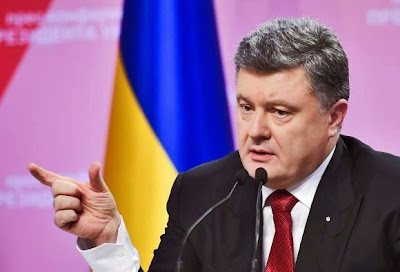 Like other major donors to the country, Treasury said the guarantees would be contingent on the former Soviet republic remaining on track to meet the conditions of its loan program from the International Monetary Fund.

IMF officials are in Kiev this week to resume negotiations on the package, currently worth $17 billion.

Ukraine's government hopes the IMF's visit will lead to a bigger aid program as its economy has been pushed close to bankruptcy by a pro-Russian separatist war in the east and the government faces huge debt repayments.

The cost of insuring exposure to Ukrainian debt rose to a new 5-1/2 year high on Tuesday, according to data from Markit, a financial information provider, amid fears the country may have to restructure its debt.

Ukraine's foreign currency reserves were down to just over $7.5 billion at the start of the year, the lowest in 10 years and barely enough to cover five weeks of imports.

But the IMF and the European Union, which last week offered an additional 1.8 billion euros ($2.1 billion) to Kiev, fear Ukraine could abandon some of its economic pledges, including reforming the energy and banking sectors and tackling corruption.

Ukraine has had at least five IMF loans since the 1990s.

Treasury said it would provide a $1 billion loan guarantee to Kiev in the first half of this year, and work with the U.S. Congress to provide an additional $1 billion guarantee, but only if Kiev sticks with its reform agenda.

Unknown said…
Loan Guarantee??? The $2 billion and more should simply be given as an outright grant. After all, Ukraine's nuclear weapons that it gave in exchange for America's unkept promises were worth far more than the $2 billion.
2:58 PM