January 17, 2015
KIEV, Ukraine -- Ukraine’s parliament has approved a mass military call-up for the country’s conflict in the east amid security warnings that Russian forces backing separatist rebels have sharply increased their activity. 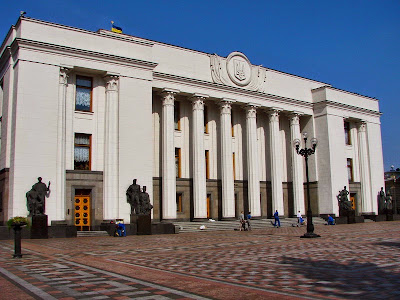 Partial conscription will resume and authorities want 100,000 reservists mobilised to strengthen the frontline as violence escalates after a period of relative calm.

“Russian aggression is continuing. There has been a significant surge in the intensity of firing,” Oleksander Turchynov, secretary of the national defence council, told parliament, adding that 8,500 Russian regular forces were now deployed in eastern Ukraine.

Two Ukrainian soldiers were killed and four wounded on Wednesday when Ukrainian positions were fired on 129 times, which Turchynov said was a record for this year so far.

A shell or rocket attack on a passenger bus at an army checkpoint on Tuesday left 13 civilians dead.

Seeking answers, the OSCE European security watchdog will cooperate with Kiev and Moscow – members of the joint working group the JCCC – as well as members of the self-proclaimed ‘Donetsk People’s Republic’.

“The Ukrainian representative to the JCCC, the representative of the Russian Federation to the JCCC and the DPR members will form a joint investigation into that incident,” said OSCE Deputy Chief Monitor in Ukraine, Alexander Hug.

Almost 5,000 people have been killed in the conflict between Ukrainian government forces and pro-Russian rebels.

Moscow denies it has any troops in the east of Ukraine.

Victims of the bus attack were being honoured on Thursday with a day of mourning decreed by Ukrainian President Petro Poroshenko.

Unknown said…
Tragic though the next round of fighting may be (because it will be on Ukrainian soil), this should be recognized as nothing more or less than the price any country has to pay to be free of Muscovite bondage.

Ukraine's independence in 1991 was considered by many as a near-impossible event. Even then President George Bush was so frightened by it that he urged the "republics" to stay together in a quasi-soviet structure.

No one could have believed - just a few weeks earlier - that Ukraine's exit could have occurred without shedding a drop of blood. And, in fact, the skeptics were correct. The shedding of blood was simply delayed by almost a quarter century.

The bloodless exit was more a reflection of the continuance in power of much of the prior hierarchy in both countries - but especially in Ukraine. They set about privatizing state assets in order to select the most valuable plums for themselves, while maintaining their "öld boy network" linkages across the border.

What they did not count on was the birth of a new generation and the awakening of long repressed national sentiments. Now that it has surfaced after two decades, the price for freedom and independence has come due.