January 18, 2015
DONETSK, Ukraine -- An elderly man pretending to bring Ukrainian troops a jar of honey turned out to be an attacker in disguise, with the gift exploding and killing a soldier, a local official says. 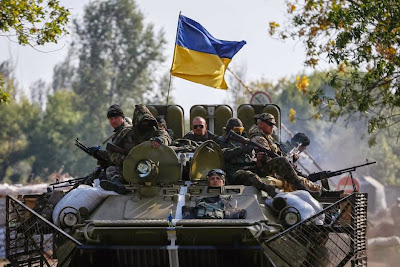 The incident occurred at a checkpoint in the country's war-torn east on Friday, with a new wave of fighting between government forces and pro-Russia rebels having wracked the area in recent days.

The man identifying himself as a local resident in Stanicya Luhans'ka in the Luhansk region handed the soldiers a 3-litre (3.2 quarts) jar of honey and thanked them for their service before walking away, said Luhansk regional governor Hennadiy Moskal.

"When the soldiers tried to taste the honey, the jar exploded (there was an explosive device inside)," Mr Moskal posted on his website.

"One soldier was killed and three others were seriously injured."

The village is located on the border between Ukrainian and rebel-held territory.

Ukraine is known for its honey production and residents use it widely, particularly in tea.

It appeared to be the first such incident since the war broke out in Ukraine's east in April 2014. Almost 5,000 people have been killed in the conflict.

A recent upsurge in fighting has cast further doubts on planned peace talks aimed at ending the war, with a September truce frequently violated.

Clashes have centred on the Donetsk airport, a wrecked shell repeatedly hit by battles but still of symbolic and strategic importance.

Rebels claimed to have taken the airport, but Kiev has disputed their account and said its military continued to defend it.

Russia has strongly denied sending troops and weapons into the war zone to support the rebels despite many witnesses claims to the contrary.