January 15, 2015
LONDON, England -- The collapse in Ukraine's hard currency reserves to just enough to cover five weeks of imports is threatening big government debt writedowns, rather than mere maturity extensions, being needed to put the country on its feet. 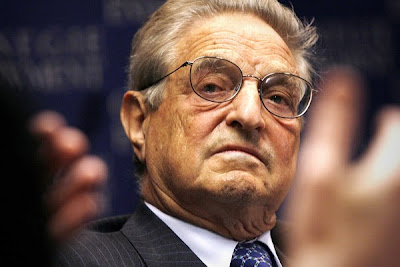 That is, unless international lenders beef up existing loan offers to plug an estimated $15 billion funding gap.

A year of revolution and war has crippled Ukraine's economy, pushing the hryvnia currency to record lows.

There is little respite in sight.

So where Ukraine was until recently deemed to have a cashflow problem that exchanging shorter dated debt for longer maturities could fix, it is now seen flirting with a flat-out debt crisis.

Billionaire financier George Soros, for example, has estimated Ukraine would free up $4 billion if it conducted "a voluntary, market-based" restructuring.

Others are seeing a writedown, or haircut, of near half or more of the debt's value.

"(Maturity extension) was then, when debt-to-GDP was 40 percent. Now it is heading for 80-90 percent. The market is pricing a haircut of 45 cents but it will be worse than that," said Gabriel Sterne, head of global macro at Oxford Economics.

A lot will come down to what the International Monetary Fund decides -- and it has begun indicating that it doesn't want to be in the business of simply bailing out private creditors.

It has a mission in Kiev until Jan. 29 to negotiate the current loan package, worth $17 billion, and the government hopes the visit will lead to pledges of additional money.

Prime Minister Arseny Yatseniuk has said Ukraine needs an additional $15 billion of financial aid without which it could default.

The extra cash would help stabilize the currency and the economy -- the main priorities ahead of debt negotiations, said Bank of America Merrill Lynch analyst Vadim Khramov, who estimates Kiev needs to pay around $17 billion in 2015 to meet its debt and gas payment obligations.

"The urgent goal is to stabilize the currency and the economy and then decide how to reprofile or restructure the debt, which can be done in an investor-friendly manner," he said.

The European Union and United States in the past week have each pledged an additional $2 billion to shore up Ukraine's finances, but the moves have been overshadowed by heavy hints from Russia it might demand early repayment of a $3 billion loan.

The uncertainty over Ukraine's ability to put its financial house in order has further spooked the market.

Ukrainian bonds are trading around 55 cents in the dollar, a rough indication of what investors expect to recover per dollar invested.

Credit default swaps, used by investors to insure exposure to debt, are pricing a 63 percent chance of default in the next 12 months, Markit data shows.

Past debt restructurings, the share of debt owed to multilateral lenders such as the IMF and Ukraine's own economic mess indicate a 70 percent haircut, analysts at Goldman Sachs calculate.

Goldman expects the hryvnia to depreciate another 22 percent in the next 12 months to 20 per dollar, taking Ukraine's debt-GDP ratio to "unsustainable" levels over 100 percent by 2016.

Goldman told clients Ukraine would have to resort to "a combination of maturity extension, reduced coupons and principal write-down."

Meanwhile the separatist conflict continues to cost Kiev $10 million a day and is distracting the government from its reform plans, required by Western backers in exchange for financial assistance, said Volodymyr Sidenko, an analyst at Ukraine's Razumkov political research center.

Unless the government tackles corruption and implements other promised reforms ... all foreign loans will be wasted, he said.

"It would be like throwing the cash into the stove to burn."

Unknown said…
I hate to see any country or any individual (for that matter) default on its debt. But if the choice is between funding the war and telling the lender that he must wait until Ukraine can rid itself of its predator, then the decision should be obvious. I have no doubt that most lenders will understand - even if they don't like it.

After all, the circumstances in which Ukraine finds itself is caused by totally unpredictable external forces - not unlike a major earthquake - and Ukraine should be given the same consideration for repayment as would be given to any other devastated or invaded country.

All the chatter about "reform" and "waste" has no relevance here. Ukraine is embarked along a broad front in dealing with a corruption problem that had taken even tiny Singapore 30 years to uproot. There is nothing that Ukraine could have done in the span of a few months to rectify the wholesale looting of prior regimes - especially the Yanukovych regime.
2:55 PM