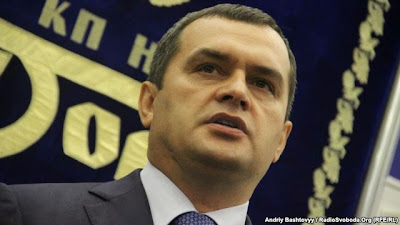 Vitaliy Zakharchenko, whom Ukrainian officials accuse of "crimes against humanity" allegedly committed during the crackdown on Euromaidan protesters, said January 16 that he has been offered a job as a senior consultant with Russian Technologies.

The company, which oversees the Russia's high-tech industries, is controlled by Sergei Chemezov, who is widely seen as close to Putin.

Chemezov was slapped with U.S. and EU sanctions last year over the Kremlin’s role in the Ukraine crisis.

Speaking from the port city of Sevastopol in Crimea, which Russia annexed from Ukraine in March, Zakharchenko said he had obtained Russian citizenship but has not given up his Ukrainian passport.

A Russian Technologies spokesperson said Zakharchenko would work for one of the company's "deputy general directors."