Freed Ukrainian Journalist Says Separatists 'Being Trained For An Offensive'

January 08, 2015
KIEV, Ukraine -- Roman Cheremskyy is counting his blessings. On December 26, the Ukrainian journalist was released without a scratch after spending almost five months at the hands of pro-Russian separatists controlling large swaths of eastern Ukraine. 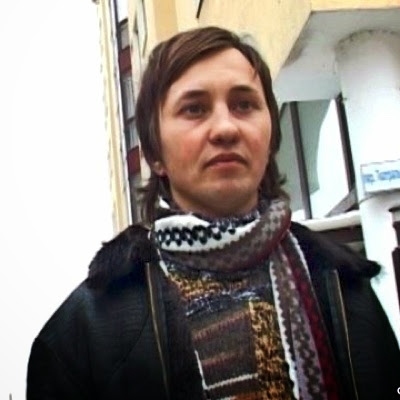 He was freed as part of the biggest prisoner swap between Kiev and the rebels since the conflict erupted in April.

Cheremskyy, who is based in Kharkiv, was abducted in mid-August along with two other Ukrainian journalists and a rights activist, Valeriy Makeyev.

The group had crossed into rebel-held territory to cover the planned release of two Ukrainian hostages.

"Because there are no Ukrainian journalists on that side of the conflict zone, we did not have clear, objective information about the situation on the ground," he says.

"I now understand it was an unwise decision. We traveled across the front line -- by the way, along a route recommended by Ukrainian authorities – where things were very tense, fighting was going on."

Makeyev had negotiated for the group to report on the "gesture of goodwill" from separatist commanders, who had agreed to free the hostages in the presence of Ukrainian journalists.

Makeyev, Cheremskyy, and the two other journalists were meant to travel to Krasnodon, in the rebel-controlled Luhansk region, to attend the release.

They never made it that far.

Shortly after crossing into the self-declared "Luhansk People's Republic" (LNR), the group was stopped by separatist rebels identifying themselves as members of the St. George Battalion.

"They immediately halted us and asked us to step out of the car," Cheremskyy says.

"They took our keys, passports, phones, everything. They also confiscated our car."

The detainees were taken to the nearby city of Rovenky, where they were thrown into a makeshift jail -- what is known in the rebel jargon as "put in the basement."

Cheremskyy describes the cell as a former 30-square-meter workshop with bare concrete walls and old mattresses strewn across the floor.

The other two journalists were freed two weeks later after the Ukrainian television channel they worked for, 112, was able to negotiate their release through Russian contacts.

Makeyev was hospitalized on health grounds and released in November.

He says up to 15 people at a time shared his cell, nearly all of them local residents picked up in the streets after the 10 p.m. curfew.

These detainees were forced to work for about two weeks before they were released.

"They were dispatched to work, to unload ammunition," he says.

"Ammunition was brought in every day on 'Ural' trucks from Russia, from Krasnodon. They also dug trenches, cleaned the barracks, helped out in the kitchen. It's a kind of forced labor."

Cheremskyy, too, spent weeks cleaning the barracks and peeling vegetables.

Despite the harsh conditions, he says the militants neither brutalized nor humiliated him.

The only violence he witnessed was meted out on low-level militants caught drunk or otherwise breaching the separatists' code of conduct.

He says several militants locked up in his cell were heavily beaten and "disciplined" by their superiors.

After 49 days, Cheremskyy was transferred to another "basement" in Luhansk, where he stayed until his release.

To his surprise, almost all the locals locked up with him continued to pledge allegiance to the separatists.

"The situation may be different in other cities, but in Rovenky, 90 percent of those detained still rooted for the Luhansk People's Republic," he says.

"The rebels beat them up, take away their cars, rob them, and they still root for the LNR. It's a paradox I hadn't expected."

Cheremskyy attributes this to the disinformation campaign waged on Russian television, which he says portrays Ukrainian forces as bloodthirsty thugs bent on victimizing Russian-speaking locals.

He says that his captors, despite working for a wage -- starting at $400 a month, paid in rubles -- also passionately embraced the separatist cause.

"All of them were 100 percent committed. Their standard arguments were: we didn't invade you, you invaded us and you're the ones shelling us," Cheremskyy says.

"They described Ukrainians as fascists and brutes who killed children. They can treat individual people in a decent manner, but they are hostile to Ukraine as a country. They want Ukraine's collapse."

Cheremskyy describes the militants as well armed, and "clearly being trained for an offensive" to capture more Ukrainian territory.

He says he saw a vast quantity of weapons stored at the rebel camps, including mines, machine guns, Grad missiles, and mortars, as well as tanks and armored vehicles.

Cheremskyy says locals, many of them miners, formed the bulk of the fighters he saw in Rovenky in Luhansk.

"There were also several dozen Chechens who kept a little to themselves," he adds.

"There were also some Ossetians, probably fewer than 10 of them. They wore insignia bearing the words "South Ossetia" and featuring a Russian flag."

As for the separatist commanders he spoke to, Cheremskyy says that, like the weapons, all of them came from Russia.

"They made no secret of it themselves," he says.

"On the contrary, they stressed that the future is with Russia and only with Russia."

Cheremskiy now disagrees with this idea more than ever.

Despite witnessing how deep separatist sympathies run among the local population, he firmly believes the rebel-held regions will eventually be brought back into Ukraine's fold.

"As soon as the Russians leave, this whole system will collapse because there won't be any more weapons, money, or food," he says.

"And with time, when they see that Ukrainians don't kill children or crucify babies, local residents will eventually change their minds."