December 18, 2014
WARSAW, Poland -- Ukrainian President Petro Poroshenko said on Wednesday he had decided his country should set out on a course towards Euro-Atlantic security integration, and would press for that in parliament soon. 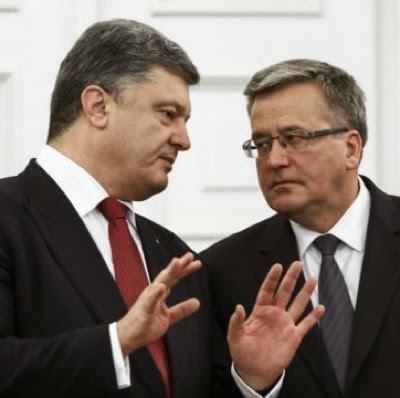 Poroshenko, who was speaking on a visit to NATO member Poland, did not mention the U.S.-led military alliance by name, but his comments are nevertheless likely to anger Moscow, which has said Ukraine's accession would threaten its own security.

"Today in this chamber I have taken the decision that my country will return to the course towards integration with the sphere of Euro-Atlantic security," Poroshenko said, through a translator, in an address to the Polish parliament.

"Hence, upon my return, I will file a motion to the Ukrainian parliament to reject the non-aligned status of my country."

He also said his goal was for Ukraine to submit an application to join the European Union in 2020.

Any application for Ukraine to join NATO would have to be approved by the 28 existing members - many of which, especially in Western Europe, are opposed - and in any case it would take Kiev many years before it could meet NATO criteria.

Yanukovich was ousted by street protests earlier this year and replaced by pro-Western leaders.

Since Yanukovich's ouster, Moscow has annexed the Ukrainian region of Crimea, and pro-Moscow rebels have established control over parts of eastern Ukraine.