December 26, 2014
MOSCOW, Russia -- Ukraine on Wednesday briefly severed electricity to the Crimean Peninsula, nine months after it was annexed by Russia, in a pointed reminder of the territory’s reliance on Ukrainian energy sources. 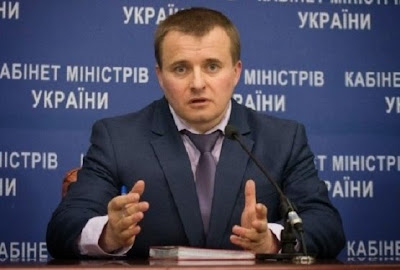 The electricity shut-off came as Moscow threatened a greater rift with the West if Ukraine tried to make good on its intention to join NATO.

The Russian deputy defense minister, Anatoly I. Antonov, condemned the decision on Tuesday by the Ukrainian Parliament to abandon Ukraine’s nonaligned status and declared that NATO was trying to use Ukraine as a “forward line for confronting Russia.”

Ukraine’s ambitions to join the Western military alliance have been presented as a direct military threat to Russia by President Vladimir V. Putin and top security officials.

“Under the slogan of a Russian threat, NATO is expanding its military potential in the Baltics, Poland, Bulgaria and Romania,” Antonov said in remarks carried by the Russian news agency Interfax.

Analysts said President Vladimir V. Putin could seek a compromise on Ukraine to relieve some of Russia’s economic turmoil.

Ukrainian lawmakers voted overwhelmingly on Tuesday to abandon the country’s nonaligned status, which was adopted in 2010 under President Viktor F. Yanukovych, as a step toward NATO accession.

“If this decision in the future takes on a military character, then we will respond appropriately,” Antonov said.

“Then there will be a complete severing of ties with NATO, which will be practically impossible to repair.”

The NATO secretary general, Jens Stoltenberg, said in an interview with a Norwegian media outlet broadcast on Wednesday that Ukrainian membership would be hampered by territorial disputes — a reference to the Crimean Peninsula and the simmering conflict with Russian-backed separatists in Ukraine’s southeast.

Russia’s annexation of the Crimean Peninsula in March has provoked disputes ranging from military security to the provision of basic utilities, including energy, for which Crimea is highly dependent on the mainland.

As if to accentuate that dependence, traffic signals in Crimea suddenly darkened on Wednesday morning, local news media reported, and telephone coverage was lost across the entire peninsula.

Russian military units stationed on the peninsula, which have been reinforced since the annexation, were forced to switch to alternative power sources but suffered no loss to military readiness, the Russian Defense Ministry said in a statement on Wednesday.

Vladimir Demchishin, the Ukrainian minister of coal and energy, confirmed during a meeting of the government that energy deliveries to Crimea had been halted intentionally, saying that the peninsula had exceeded consumption limits.

“The Crimean Peninsula for a considerable period of time this morning was cut off,” Mr. Demchishin said, adding that power supplies had since been resumed to the peninsula, which has a population of more than two million.

“We hope that consumers in Crimea will adhere to the limits which were agreed upon.”

Ukraine is confronting an energy crisis as supplies of coal from the belligerent Donetsk and Luhansk regions have been disrupted by the conflict there, and rolling blackouts in other Ukrainian regions and in Crimea have occurred on several occasions.

Putin, in a speech this month, declared Crimea “sacral” and has given priority to projects to maintain and improve quality of life on the peninsula.

But Russia has no direct land access to Crimea, and plans for a bridge to be built from Russia across the Kerch Strait, where ferry traffic is regularly disrupted by bad weather, will be completed at the earliest in 2018.

The blackout occurred just hours before negotiators were set to meet in Minsk, Belarus, to continue talks on a settlement to the conflict in southeast Ukraine, where a shaky cease-fire has held since early September despite almost daily reports of shelling from the region.

The meeting of the “contact group,” the first since September, comes as the search for a political solution to the conflict and attempts to delineate a cease-fire line have stalled.

In Moscow, the government put into effect further measures to control the economic damage resulting from Western economic sanctions and falling oil prices, which sent the ruble plummeting last week.

The Central Bank of Russia on Wednesday announced that it would make foreign currency loans available to the country’s largest lenders like Sberbank and VTB to help them “manage their own currency liquidity” and refinance foreign loans.

Russian companies must settle $120 billion in payments due on external debt next year.

The announcement was one in a recent series of measures taken by the government to stabilize financial markets and prevent further devaluation of the national currency.

A day earlier, Russia’s government ordered five major state-controlled exporters, including Gazprom and Rosneft, to limit their foreign currency holdings in order to prop up the ruble.

Late on Tuesday, Standard & Poor’s put Russia’s sovereign debt on “credit watch negative” because of a looming recession and the danger of loans that could default.

A downgrade by the ratings agency would classify Russian debt as junk, or below investment grade.

George Woloshyn said…
If NATO were to collapse, Russia would do all in its power to keep it on life support. It has been an extraordinarily useful tool for Putin in keeping his foolish subjects focused on a non-existent danger from the west while plundering the country with his cronies and restricting civil liberties on grounds of "national security". In addition, it has provided Putin with the rationale he needs to justify to the world his expensive arms build-up and aggressive policies.

Putin knows precisely - at all times - NATO's extreme aversion to war and the EU's and US's even greater aversion to engage in any expensive armaments program. Even if he does not, he fully understands the nature of NATO decision-making; the divisions that exist among its members; the failure by most of its members to meet defense budgeting goals; and NATO's disastrously low level of preparedness to meet a Russian challenge. If Putin is anything, he is a realist.

Had Putin left well enough alone, Ukraine is likely to have continued its non-aligned status indefinitely. Now that he has violated Russia's commitment to Ukraine's territorial integrity and forced it to seek security by other means, he is attempting to intimidate Europe by claiming that Ukraine's entry into NATO poses a threat to Russia's survival. And there are enough credulous politicians in Europe who may agree with Russia and decide against Ukraine's entry.

What Putin really fears is not NATO but the effect that Ukraine's European course may have on destabilizing his regime. The existence of a prosperous, democratic, and happy state along a 2000 kilometer border with Russia can not help but create serious repercussions in Russia and offer a model for its badly abused and impoverished population. A growing, powerful Ukraine would impact Byelorussia and offer encouragement to that nation's own European ambitions.

Russia's days of wine and roses would be over - without war and without anything more than "people power". It could finally begin to build a future for itself on other than delusional dreams of empire and "great power"status and begin to play a constructive role in the world.

It is that thought, rather than NATO, that keeps Putin and his KGB buddies awake at night.