December 28, 2014
KIEV, Ukraine -- Thousands of vehicles have been stuck at the border between Ukraine and Crimea, after Kiev authorities reportedly blocked movements at two out of three crossing points. 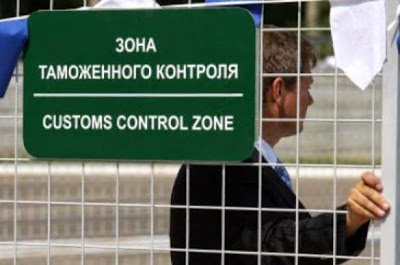 It comes after Ukraine stopped rail and bus travel between the mainland and the peninsula, which was annexed by Russia in March.

“It’s a total mess. The mess began right after the referendum (in Crimea), mess on both sides,” said driver Mikhail Semin.

“As they say, thank Putin and Yanukovich for this. It was a great life under Kuchma (Leonid Kuchma, former Ukraine president), we worked then. And what do we have now? I only make one trip a week. Is this a salary?”

The two crossing points – at Armyansk and Perekov – were late re-opened for cars arriving from Ukraine, according to the Crimean customs service.

Kiev says bus and rail links have been suspended because of a “deteriorating” security situation.

The suspension of transport connections with Crimea is expected to be a temporary measure – but for exactly how long is unclear.