Russia’s Vladimir Putin Clearly Wants To Dominate All Of Europe

December 29, 2014
WASHINGTON, DC -- Since Vladimir Putin launched his war against Ukraine back in February, speculation has run rampant about the Russian president’s objectives. 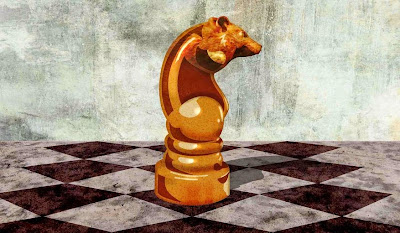 While objectives change in the course of any war, Putin himself has admitted that the invasion of Crimea was a strategic decision that, therefore, had strategic objectives in mind.

Those objectives also relate to the current fighting in the Donbas region (encompassing Ukraine’s Donetsk and Luhansk provinces).

As such, Russia’s conduct repudiates the speculation in Washington that Russia’s Ukraine policy is something of an improvisation.

Rather, U.S. policymakers would be well-served in trying to figure out the factors driving Putin’s decision-making, both at home and abroad.

For example, few observers gave grasped that one core legitimating factor of the Russian state, in all of its historical guises, is that it is the sole heir of Kievan Rus, medieval Russia, whose original center was the present-day Ukrainian capital of Kiev.

In this narrative, Ukraine merely plays the role of Russia’s errant “younger brother,” and its claims to independence are dismissed out of hand.

If Ukraine made a decisive break with Russia and opted for affiliation with the West, its example would more than simply stimulate demands for reform within Russia; it would serve to undermine Putin’s claims to be the legitimate heir to Russian Orthodoxy and history.

Inasmuch as religion and history are now major props of an increasingly repressive and fascist-like Russian state, this delegitimization would seriously compromise the foundation of Putin’s political project.

Moreover, few have noted that the addition of several million “ethnic Russians” also strengthens the Slavic component in a declining Slavic majority and helps stave off the pressure of a growing Islamic population — at least for a while.

Simultaneously, there are multiple foreign policy goals that reinforce Russia’s perception of itself as a great and rising global power.

First, there is the clear intention, as spelled out by Putin himself as long ago as 2008, to dismember Ukraine, reclaim much of its territory as “Novorossiia” (new Russia) and create a contiguous Russian state all the way to the Transdniester region of Moldova.

Doing so would satisfy Russia’s determination to destroy any possibility of an independent Ukraine, as well as teach other post-Soviet states a lesson about the high costs of resisting the Kremlin.

The ultimate strategic prize coveted by Putin and company is nothing less than the reorganization of European security along new lines.

The invasion of Crimea, the overflights of Europe and flights close to the United States, along with nuclear threats and continuing aggression in Ukraine, all bespeak a determination to demonstrate the European Union’s — and especially NATO’s — impotence.

Essentially, Putin wants to return Europe to a Cold War-like bipolarity between Moscow and the United States, even as his government conducts subversion across Europe to hollow out and undo the twin processes of European integration and democratization.

This objective invariably means war, because Ukraine, Poland and other post-Soviet states are ready and willing to resist a new Russian imperial despotism.

The state of siege already engendered in Europe by Putin’s actions is a function of the lackluster and weak way in which Western powers have reacted to Moscow’s aggression.

Formulating a strategy to roll back Russian objectives remains an imperative for the United States and its allies.

For if we do not heed this demand now, we will be forced to do so later at still greater cost, measured in the lives and treasure of Western nations — and in prospects for independence and democracy in the “post-Soviet space.”

Golden Boy said…
You have it backwards. The USA wants to dominate all of Europe. Only Russia stands in the way of the USA.
7:46 AM

Unknown said…
I couldn't agree more with the analysis and conclusions of this think-piece. However, while the article emphasizes Russia's ambitions, it fails to take into consideration both the country's limitations and its strengths.

Among its constraints the most obvious and most serious one is that a country with an economy the size of Spain looks a little bit like "the mouse that roared"when it comes to taking on Europe, the U.S., Australia, Canada, etc. Furthermore. even the economy that it now has is not going anywhere but down because its oil and gas resources are increasingly less valuable and less of a choke-hold, while the economic sanctions are draining much of what Russia hoped to gain from foreigners. Even Russia's back-slapping with China has limited prospects for Russia as China - a true economic and military super-power - looks longingly across the Amur river.

Add to that Russia's aging, impoverished, sickly population; its low birth rate; its southern tier of increasingly restive, muslim "federated states"; its alcoholism; its corruption and cronyism.......and it all adds up to one sorry-looking puppy.

The ONLY way Russia could hope to succeed even partially in its strategic ambitions is if its prospective victims fail to see Russia for what it is rather than what it pretends to be. If Russia's goal is to dominate Europe, Europe must not fear facing up to Russia - militarily if need be.

Just as Ukraine - starting from a dreadfully weakened position early this year - is now not only holding the line but actively growing in strength despite all of Russia's plans and overwhelming advantages, Europe and the U.S. could easily brush off the Russian threat.

But it takes some political courage, some unity, and some clear and intelligent strategic thinking. Europe's and US failure in this regard is Russia's strength.
7:58 AM

Unknown said…
Any article about the present situation must include the Budapest Agreement, guaranteeing territorial integrity. Putin clearly ignored this treaty and further shows his contempt for western leaders as puppets for their big business masters unable to make decisions that negatively influence profits. It is pure Realpolitik.

Yanukovich is another matter, a corrupt leader beyond contempt, who followed Moscows orders while plundering the country.
9:16 AM

Unknown said…
One correction.....I was looking at the wrong column as regards GDP. Russia's economy is a little larger than Italy's (not Spain)
11:29 AM

Unknown said…
Full scale war in Europe deemed a dire proposition but, Russia should not be left unanswered for Crimea occupation and fueling the conflict in Eastern Ukraine.
2:13 PM

Scrat335 said…
This is not news, this is propaganda. George Micheal Igor you need to educate yourselves.
12:29 AM