December 11, 2014
KIEV, Ukraine -- In what can be best described as an up and down battle since the ceasefire deal between Russia and Ukraine was negotiated in September, pro-Russian separatists violated this week’s “day of silence” that was agreed upon as a step towards a renewed, and durable, peace agreement. 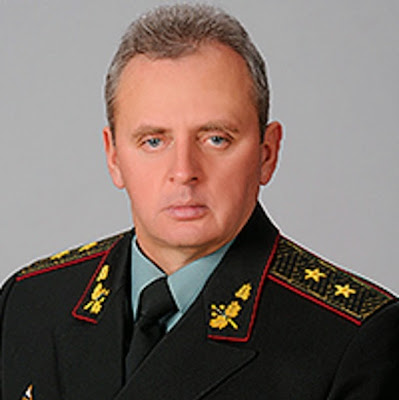 The day began with Russia resuming gas shipments to Ukraine after a six-month break in supply, a positive sign that it may be possible to normalize relations, at least to some degree, between the two countries.

However, according to reports, the Ukrainian government conveyed that there had been violations of the “day of silence” agreement.

“Not having any idea of observing the agreements, the rebels employed light weapons, mortars and artillery, armored tanks in residential areas,” the press service for Kiev’s military operation in the east said on Facebook.

This isn’t the first time that the Ukrainians have attempted a day-long ceasefire with the Russian backed separatists.

According to army chief of staff Viktor Muzhenko, “[Ukraine] has declared a Day of Silence three times in the past. This is the fourth time. One hundred and ninety-two people have been killed since September 5th.”

The 192 that have died since the original ceasefire was put in place brings the total to more than 4,300 dead, as well as displacing hundreds of thousands of Ukrainians.

And, sadly, there are surely more that will perish as this struggle continues.

As I’ve argued before, Russian President Vladimir Putin is the crucial factor here.

Without him and his desire to keep this conflict simmering at best and raging at worst, the separatists would be incapable of continuing on.

They rely on Russian support for resources, including economic and military reinforcement, and also, importantly, for ideological support.

To this end, Putin’s State of the Nation speech last week showed that while Russia may be headed for even more troubled times – the government has warned that Russia will slip into recession next year – Putin is doubling down on his actions in Ukraine.

He showed no remorse for annexing Crimea back in March, arguing that the territory has a “sacred meaning” for Russia.

What’s more, he referred to the Ukrainian protests in Kiev last year and the eventual ouster of former Ukrainian President Viktor Yanukovych as an “illegal coup.”

With an attitude like that, there’s little chance of an end to the conflict.

Especially as Russia sees the West as nothing but dedicated to hurting Russia.

Putin said, “There is no doubt they would have loved to see the Yugoslavia scenario of collapse and dismemberment for us – with all the tragic consequences it would have for the peoples of Russia. This has not happened. We did not allow it.”

Secretary of State John Kerry countered Putin’s accusation that the West is meddling in their affairs by articulating that the West had no interest in a confrontation with Russia.

“No-one gains from this confrontation… It is not our design or desire that we see a Russia isolated through its own actions,” Kerry said.

Further, Kerry offered that there was still a chance for Russia to rebuild trust if they withdrew support for the separatists.

But based on Putin’s words and actions, there is no reason to think this is even remotely possible, despite considerations of Russia’s tenuous economic situation and the threat of further sanctions looming.

Indeed, Putin has even called for a one-off amnesty on the return of Russian capital stored offshore, according to the BBC.

The time to act is now. The West should move on increased economic sanctions swiftly and provide increased military aid to Ukraine in the eastern region.

Further, a new IMF report shows that Ukraine is even in worse financial shape than we thought: it will need a further $15 billion on top of the $17 billion bailout package the IMF worked out.

Ukraine has little time left before the West may not be able to change its fate for the better.