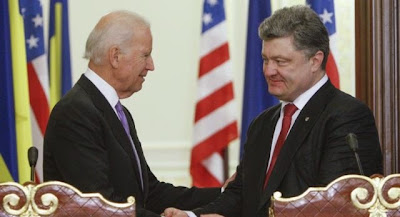 Russia's Foreign Ministry said Friday that the passage of the act was a source of "deep regret" due to the legislation's "openly confrontational character."

It accused the United States of again making "unfounded accusations" against Russia, adding that Russia would not succumb to "blackmail," compromise its national interests or permit interference in its internal affairs.

The bill's co-author, Republican Senator Bob Corker from Tennessee, said the unanimous passage of the bill demonstrated what he called a "firm commitment to Ukrainian sovereignty."

He said in a statement that Russian President Vladimir Putin must pay for what he called "an assault on freedom and security in Europe."

Russia seized control of the Crimea region from Ukraine earlier this year and is widely accused of giving military support to pro-Russian rebels in eastern Ukraine.