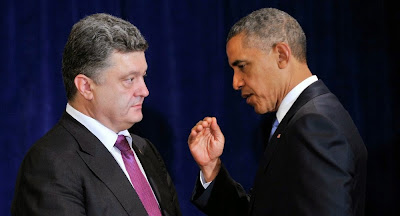 According to a White House press release, US President Barack Obama has signed the Ukraine Freedom Support Act, providing lethal military aid to Ukraine and imposing additional sanctions on Russia.

“On Thursday, December 18, 2014, the President signed into law H.R. 5859, the "Ukraine Freedom Support Act of 2014," which contains sanctions provisions on various Russian persons and entities and military and non-military assistance authorities for Ukraine,” the release said.

The Ukraine Freedom Support Act has passed in both chambers of US Congress last week.

The bill authorizes the provision of lethal assistance and aid in energy and defense sectors, as well as civil society to the Ukrainian government and the imposing of a new round of economic sanctions against Russia.

The United States, the European Union and a number of other countries have already introduced several rounds of sanctions against Russia, targeting its banking, energy and defense sectors, over Moscow’s alleged involvement in the Ukrainian crisis.

Russia, however, has repeatedly denied the allegations.