December 04, 2014
WASHINGTON, DC -- Thank you for contacting me regarding the tragic shoot-down of Malaysia Airlines Flight 17 (MH17). I appreciate hearing your concerns on this important issue. 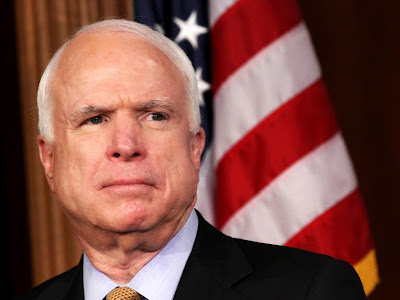 As you know, MH17 was an international passenger flight that was shot down on July 17, 2014 about 25 miles away from the Ukraine-Russia border.

This violent event, which claimed the lives of all 283 passengers and 15 crew members, is completely unacceptable and demands a strong U.S. and international response.

While we await additional information regarding the circumstances of this tragic incident, we have sufficient information to know that responsibility for this heinous international crime rests, in large part, with Russian President Vladimir Putin.

We know that the plane was shot down over a part of Ukrainian territory that is controlled by pro-Russia separatists.

We know that Russian citizens have increasingly assumed positions of leadership in this separatist group.

We know that Russia has supplied these separatists with sophisticated surface-to-air missiles and other heavy weapons.

We know that the Russian-led separatists have shot down four Ukrainian aircraft in recent weeks.

And we know that the missile system used against MH17 requires significant military skill to operate.

In short, MH17 would never have been shot down were it not for President Putin's knowing and willing efforts to provoke violent instability in Ukraine.

Investigating the crash site of MH17 is vitally important, but we should not let it distract from the highest priority right now: supporting Ukraine in securing their country and imposing severe pressure on Russia for its responsibility for this heinous tragedy.

As a result, we need to provide Ukraine with the weapons and other military assistance they need to defeat the pro-Russian separatists and secure their country.

We need to impose true sectoral sanctions on key Russian industries, and our European allies should join us in that effort in order to make those sanctions as effective as possible.

We need to increase NATO's military presence and activities in Eastern Europe and the Baltic states, including enhanced missile defense capabilities, on an enduring, strategic basis.

We need to highlight the human rights abuses and gross corruption of Russian officials and sanction those activities to the greatest extent possible.

And most importantly, we need to recognize President Putin for what he is – not an objective mediator or peace partner in the conflict in Ukraine, but rather a key party to that conflict who is driven by his ambitions to restore Russia's imperial domination of its neighbors.

Were it not for President Putin's consistent support and encouragement of pro-Russian separatist groups in eastern Ukraine, the murder of 298 people would never have happened.

If Russia does not pay a heavy price for its culpability in this tragedy, the United States and Europe will lose all credibility, and we should only expect President Putin to grow more emboldened, reckless, and dangerous as a result.

This is not the time for business as usual.

What is needed now more than ever is American leadership.

Again, thank you for contacting me regarding this important issue. Please feel free to contact me on this or any other matters of concern in the future.

(This letter was sent to Canadian citizen Lubo Slodki.)

Unknown said…
I support US Senator John McCain in his statement in every aspect of it.
11:04 PM

Unknown said…
The USA must act along with the EU to impose a heavy price for Vladimir Putin's dastardly actions in Ukraine and the general neighborhood for the last 15 years. We must supply heavy weapons to Ukraine through channels that will not give the Russians reason to say that the US and EU are involved directly.
9:16 PM