December 10, 2014
MOSCOW, Russia -- As a new ceasefire begins Tuesday between Ukraine and pro-Russia separatists in the east of the country, the Kremlin plunged the political fate of the contested regions of Donetsk and Luhansk into uncertainty. 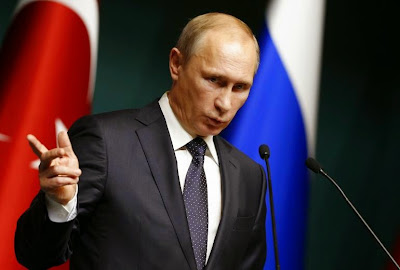 According to the left-leaning Russian daily newspaper Novaya Gazeta, which cited officials within the Kremlin, sources within the cabinet of ministers and pro-Russian insurgents, Russia has abandoned the idea of either war-torn region becoming an independent state, instead preferring that both remain autonomous regions within Ukraine.

While the reason for this change of policy within the Kremlin was not revealed in the report, it is believed that independence would push both regions to rely on Russia financially as they recover from war and begin operating as independent states, something that a financially troubled Russia is keen to avoid.

“Russia clearly doesn’t want to absorb these states into Russia itself,” said Sarah Lain, research fellow with expertise on Russia and the former USSR at the London-based Royal United Services Institute, an independent think tank on defense and security.

“And I do imagine that independence would mean that it adds more pressure on Russia because those regions will be asking to be closer to Russia than Kiev."

It was thought that both regions in Eastern Ukraine would be taken under Russian control in the same way Crimea was, after a vote in September, but Russia has been subjected to crippling financial sanctions from the European Union and the U.S. since entering Crimea in February of this year and annexing it just one month later.

On top of falling oil prices, that is hurting Russia financially.

This leaves both Luhansk and Donetsk in a quandary.

The population that voted in both those regions chose overwhelmingly to become independent states and move away from Kiev's rule -- hoping, Lain said, that Russia would prop them up financially.

In response to the move, not recognized internationally, Ukraine Prime Minister Arseniy Yatsenyuk cut off payments to the two regions totaling $2.6 billion, largely in public-sector salaries and pensions, leaving the regions and the people living there largely adrift from central government.

That quandary extends to Moscow, too.

“Russia can’t afford to take on that responsibility, especially given the problems with its economy,” said Lain.

“However, Russia also can’t afford to step back either, because Putin’s popularity in Russia rides on him protecting the ethnic Russians living in Ukraine.”

But finances are not the only reason Putin would rather see Donetsk and Luhansk remain as autonomous regions.

Putin may also have geopolitical reasons to keep both regions locked in "frozen conflicts," whose persistence would make it almost impossible for Ukraine to join the EU and even NATO and leave Russia's sphere of influence in favor of Western affiliation.

“They [Russia] are attempting to create what’s known as a ‘frozen conflict,’ the same condition as was seen in the [2008] conflict with Georgia, which resulted in the creation of the semi-autonomous states of South Ossetia and Abkhazia,” said Emma Ashford, a Russia analyst with the Cato Institute in Washington.

The key for Russia, Lain said, is to push separatists to retain their autonomy, which “keeps the tie to the Kiev government, meaning it kind of stays Kiev’s problem."