Ukraine Death Toll Rises To More Than 4,300 Despite Ceasefire: U.N.

November 21, 2014
GENEVA, Switzerland -- The death rate in the Ukraine conflict has increased in the past eight weeks despite the declaration of a ceasefire in September, the United Nations said on Thursday. 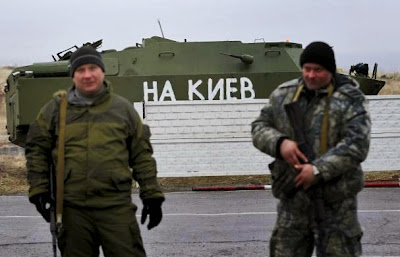 In total, more than 4,300 combatants and civilians have been killed in eastern Ukraine since pro-Russian rebels seized border regions in April.

Nearly a million people have fled the area, with a surge in the past two months, the U.N. said.

Since a formal ceasefire was agreed by Ukraine, Russia and the rebels in early September, an average of 13 soldiers, rebels, and civilians had died every day, a report by U.N. human rights monitors said.

The previous report issued on Oct. 8 had put the daily death toll at 10.

"Respect for the ceasefire has been sporadic at best, with continued outbreaks of fighting and shelling resulting in an average of 13 people a day being killed during the first eight weeks of the ceasefire," the report said.

There was a total breakdown of law and order in the two rebel self-proclaimed states around the cities of Donetsk and Luhansk, with people at the mercy of armed militants, it said.

It also cited credible reports from different sources of "hundreds of people in military-style clothing" moving back and forth across the Ukraine-Russia border in recent weeks.

"The continuing presence of a large amount of sophisticated weaponry, as well as foreign fighters that include servicemen from the Russian Federation, directly affects the human rights situation," the report said.

It did not specifically say the servicemen were Russian troops.

Russia denies it has forces in Ukraine, saying only "off-duty" soldiers may be there.

Schools in rebel-controlled areas, which call themselves the Donetsk and Luhansk People's Republics, now only teach in Russian, a violation of the rights of Ukrainian-speaking children, it said.

U.N. official Gianni Magazzeni told a news conference that the numbers of people who had fled the east into other parts of Ukraine had surged over the past two months from around 275,000 to 467,000.