Is Putin About To Invade Ukraine?

November 13, 2014
MOSCOW, Russia -- As I write this, observers report, a huge buildup of Russian military forces on Ukraine’s borders. 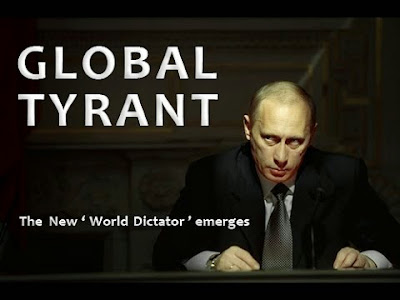 We are talking about 7,000 or more troops already inside Ukraine and some 50,000 massing outside.

Besides scores of howitzers, rocket launchers, and armored vehicles the estimates specify 100 tanks inside and another 400 tanks outside the porous border.

You could call it an escalation; the invasion began with Crimea and moved to Donbas and hasn’t stopped since.

But that would be a euphemism.

Actually, we are witnessing preparation for outright war along the lines of the Georgian protocol: first arm separatists, then send in Russian troops disguised as separatists, stir and bring to boil and then invade full throttle.

Turkey’s Erdogan called Putin to complain about Syria, and according to some sources a roaring argument ensued in which Putin told Erdogan to stop trying to unseat Assad and even threatening war if Erdogan interfered militarily.

Why all this now?

In this space I’ve written numerous times that Moscow operates strategically, with global co-ordination and with precise timing.

Indeed, that’s the entire message of the recent book I wrote with Douglas Schoen about Russia and China and the New Cold War—that they have a game plan and we don’t.

Mr. Schoen and I started the project when Putin’s rampage seemed likely but still in the future.

A couple of years later, as we finished, everything we set out to warn against was happening in the present.

It was so utterly predictable, once you saw the pattern.

It didn’t take much seeing—but nobody wanted to.

Now they can’t not.

Still, we’re all mesmerized and irresolute in the face of Putin’s stop-go rhythms, his almost incredible mendacity hidden in plain sight, his straight-faced brutality, as he makes his moves.

We refuse to grasp the full scope of his strategic orchestration of global incidents.

That too is in his calculus.

That is what emperors do; they make such calculations and push forward.

We still think that empires and emperors are a thing of the past, very 19th century.

But the age of empire has resurfaced: Iran’s Shiite empire, Putin’s own, the Caliphate yearnings of ISIS, Erdogan’s own delusions of a Caliphate.

Repeatedly I’ve written that Moscow expanded its power during, because of, the ten years we in the West slogged about mired in Islamic wars.

Surely Putin didn’t orchestrate that interlude, you might say.

Perhaps not but he took full advantage.

Through his ally, Syria, he made sure Iraq cost us trillions while insurgents came across the border.

He knew about war fatigue – a lesson we had taught his ilk in Afghanistan.

Now that we’re wading back into the mire anew Putin will move his pieces.

Surely he didn’t plan for ISIS, for the Iraqi army’s collapse, for the beheadings that caught our conscience and lured President Obama back into the Mideast?

Here is a column in which I argue that Putin did just that, via the Shiite crescent’s co-ordination, via Assad’s deliberate empowering of ISIS, via a gameplan that goes way back to the second war of Chechnya.

Admittedly, I do get a couple of things wrong.

The price of oil certainly didn’t go up.

But that’s a side issue for the present.

I wasn’t far off all else.

We ended up fighting side by side with Iran.

Putin launched his East Ukraine campaign as we geared up for Iraq.

The pressure of sanctions abated, as did initiatives to investigate Iran-Syria money laundering.

Much of the fighting is now between Sunni factions in Iraq and Syria, though it took a couple of months longer than I thought.

In short, the rise of ISIS helped Putin and his Shiite axis allies.

I stand by my argument that Putin exploited, exploits, our Iraq-Syria distraction, may even have planned it.

In order to invade Ukraine.

As the US stutters toward a nuclear deal with Iran, Putin has just made it much harder by upping the ante with his own deal to expand Tehran’s nuclear program massively.

He certainly doesn’t want his Shiite ally to turn coat and befriend the West.

That would lead to a sea-change.

Iran would become a bridge by which Central Asia’s natural resources flow out to the West rather than being bottled up and serving only Russia and China.

The Iranians have grown tired of dependency on their former 19th century imperial hegemony in Moscow.

They’re also tired of having China as their main trading partner; the Chinese strike very hard bargains and often don’t stick to them.

Tehran really does want a deal with the West.

They may have just blown it.

But the US might not be able to backtrack so easily, being now committed to the ISIS war alongside Iran.

He didn’t just call Putin out of the blue about Syria.

He first signed a deal with Turkmenistan for a gas pipeline across the Caspian to deliver supplies all the way to Europe.

Is there anyone who doesn’t grasp the import of this?

A Europe liberated from Russian gas imperatives might even stand up to Moscow’s bullying—on Ukraine and elsewhere.

As in “Hello Vladimir, I’m going to funnel Turkmen gas to Europe unless you stop backing Assad.”

Expect more PKK attacks in Turkey and a rise in rebel violence in Chechnya.

The pipeline should be finished by 2018.

As the Russian economy dives and Moscow’s gas leverage begins to crumble, while the US wrestles and wrangles with the Mideast, Putin has to act on his megalo-expansion plans quickly.

Facts on the ground.