At G20 Summit, U.S. And Europe Blast Russia Over Ukraine

November 15, 2014
BRISBANE, Australia -- U.S. President Barack Obama said on Saturday that Russia's aggression against Ukraine was "appalling" and a threat to the world, while European nations threatened further sanctions against Moscow if it did not end the flow of weapons and troops. 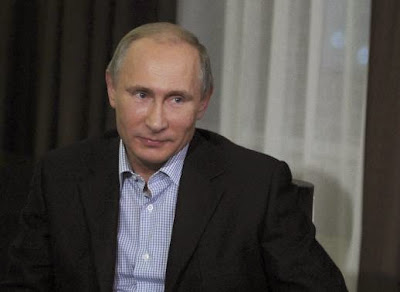 Speaking on the sidelines of the G20 summit in Brisbane, Obama placed security and climate change at the center stage of the leaders meeting, overshadowing talks on global economic growth.

Obama said the United States was at the forefront of "opposing Russia's aggression against Ukraine, which is a threat to the world, as we saw in the appalling shoot-down of MH17".

Europe's foreign ministers will meet on Monday to assess the situation in Ukraine and whether further steps including additional sanctions were needed against Russia, he said.

"Russia must stop the inflow of weapons and troops from its territory into Ukraine and Russia must withdraw those already present," Van Rompuy told a news conference.

Russian President Vladimir Putin is attending the meeting and he almost certain to come under intense diplomatic pressure to change tack on Ukraine.

"I want to restate that the European Union continues to believe that there can only be a political solution to the crisis. We will continue to use all diplomatic tools, including sanctions, at our disposal," said Van Rompuy.

Ukraine's pro-Western leaders and NATO have accused Russia of sending soldiers and weapons into eastern regions of Ukraine to help pro-Russian rebels launch a possible new offensive in a war that has killed more than 4,000 people since April.

Russia denied it was involved in a recent escalation of military activity in Ukraine and supported the implementation of the ceasefire agreed in Minsk in September.

"We are not involved," Kremlin foreign policy aide Yuri Ushakov told reporters at the G20 meeting.

G20 host Australia had hoped that the two-day summit would focus on global economic growth, not security or the environment.

But the comments from Obama and Van Rompuy suggest that security will be the dominant theme.

Obama also said the United States would renew commitment to its strategic pivot to the Asia-Pacific in comments seen as a veiled warning to China.

Obama insisted that Asia’s security order must not be based on "coercion or intimidation ... where big nations bully the small, but on alliances for mutual security".

He did not explicitly point the finger at China, but there was little doubt that he was alluding to Beijing’s maritime disputes and growing concern about its military build-up.

Despite Australia's reluctance to allow climate change on the summit agenda after it abolished a tax on carbon emissions, Obama spent a large part of his speech urging action on the environment.

He pledged a $3 billion U.S. contribution to an international fund to help poor countries cope with the effects of climate change.

Earlier this week, Obama announced a climate deal with China.

"The incredible natural glory of the Great Barrier Reef is threatened. Worldwide this past summer was the hottest on record. No nation is immune and every nation has a responsibility to do its part," he said.

But Australia stuck to its economic script.

A plan to increase global economic growth by an additional 2 percentage points over the next five years was on track, Australian Treasurer Joe Hockey said.

"This ambition translates into about $2 trillion in additional global economic activity and millions of new jobs," he said.

Unknown said…
Quote: "Nuclear weapons are means of universal destruction, which is both its strong and weak side. If an enemy is invading the country gradually, little by little, as Russia is doing in Ukraine now, nuclear weapons are useless. Let us look at the Russian aggression against Ukraine from a position in which we have strategic nuclear weapons. Let us assume that Russia has seized Luhansk or Kherson. Will Ukraine press the button of mutual destruction that will wipe out, among other cities, Kyiv, Dnipropetrovsk, Lviv and Kharkiv? Of course, not. That is why strategic nuclear weapons are unfit for a local war like the one in which Ukraine has been drawn into."

The quote above sounds like it makes complete sense with one major But; When country posses nuclear weapons there is no way you can assume that any major player in the world would dare to invade any of the territory of that country due to the extreme risk of mutual distraction. So, assumption that if Russia would invade Kharkiv or Kherson and Ukraine will not push the button makes no sense, Russia would never dare, because due to the human error risk of mutual destruction is to high.

I am not advocating proliferation of weapons of mass distraction, I am advocating nuclear disarmament of all sides.
3:18 PM

Unknown said…
Good news for Ukraine.
This month Ukraine began pulling out of the storage 2C7 "Pion" howitzers, with additional modification to the shells type «Смельчак», National Guards will be able to reach any target in Luhansk from Severodonetsk suburbs.
11:46 PM