Putin's Ukraine Strategy Is Straight Out Of 'Game Of Thrones'

October 16, 2014
MOSCOW, Russia -- Chatter has begun about a possible easing of sanctions on Russia in the event of "progress" on a ceasefire in Ukraine. 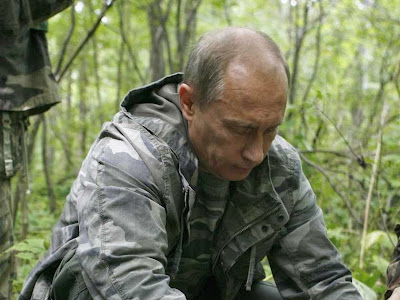 But Garry Kasparov, the Russian political activist and former grand chessmaster is convinced scaling back Western sanctions would only serve to embolden the country's leader, President Vladimir Putin — in Ukraine and elsewhere.

At a panel hosted by Reuters in New York on Tuesday, Kasparov used a line from the hit HBO show "Game of Thrones" to illustrate Putin's position.

He said Putin believes he has a trump card — "winter is coming," and Europe needs oil.

Putin's message to Russian elites affected by the tensions with the West has been to convince them sanctions will eventually be lifted.

"What's critical now is whether the sanctions, European sanctions, will stay in place," Kasparov said Tuesday morning on a panel hosted by Reuters and moderated by the news agency's editor-at-large, Sir Harold Evans.

"Because the winter is crucial. Putin's message to those elites and to Europe comes from 'Game of Thrones': 'Winter is coming,'" Kasparov explained.

Russia is Europe's main gas supplier, accounting for about one-quarter of the continent's demand, according to Reuters.

And one-third of Russia's supply to Europe goes through Ukraine.

Because of this, Putin is betting European countries big and small — from Germany and France to the Czech Republic and Hungary — will look to ease sanctions rather than risk facing retaliation from Russia in the form of reduced gas supply.

Germany gets about 30% of its energy imports from Russia, according to The New York Times, while France gets about 17%.

Most EU countries obtain a minimum of 10% of their energy imports from Putin's country.

"Putin thinks that it's all temporary. And I think that if the West shows weakness, that will embolden Putin to move forward."

Kasparov went on to argue Putin is counting on the West to blink and ease sanctions.

This is crucial for Putin because, according to Kasparov, the biggest pressure the Russian leader feels in the short-term will come from Russian elites and oligarchs — many of whom are his friends — who have been targeted under the US and European Union sanctions.

The US and EU last leveled another new round of sanctions on Russia in the middle of September.

But US deputy national security adviser Tony Blinken told reporters recently that sanctions could be rolled back if there was "meaningful" progress and implementation of the ceasefire plan in Ukraine.

Blinken said some of the steps Russia needed to take are the removal of its troops from Ukraine, as well as returning control of the border back to Ukrainian authorities.

"Our hope over the next weeks is that we begin to implement that agreement in a meaningful way on the Russian side. And if that happens we can actually begin to talk about rolling back the sanctions," Blinken said.

zerominus44 said…
Sanctions need to stay as is till. all Russian troops are out of
Ukraine, and the Crimea is back under Ukraine territory. and Ukraine law.
11:47 AM

Unknown said…
Sanctions should remain as they are at the moment until Crimea is back under Ukrainian control and all separatists in the Eastern Ukraine are disarmed.