Budget Behind Schedule Despite Approval

September 12, 2013
KIEV, Ukraine -- The government is lagging behind schedule in drafting the 2014 budget despite its formal approval on Wednesday, a newspaper reported, citing people familiar with the issue. 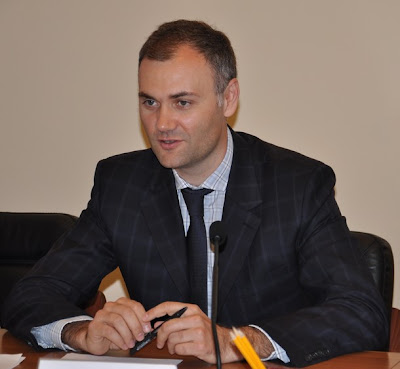 The Cabinet voted on Wednesday to formally approve the 2014 draft but ministers have not been shown the copy of the budget, Ekonomichna Pravda reported.

“Even Finance Minister Yuriy Kolobov did not have the copy in his hands,” the source told the newspaper.

“The government currently does not have any draft of the budget that is ready to be shown.”

The Finance Ministry denied the reports and stated that the budget draft had been effectively approved by the government.

Ukraine needs to submit the budget draft to Parliament before September 15 and it has to be passed by lawmakers before November 15, according to Ukrainian law.

Any delays with the approval beyond the end of December would threaten to undermine the government’s spending plans in January 2014.

The failure to meet the deadline underscores problems that government is having amid slower-than-expected economic growth, weaker budget revenue and unwillingness to cut spending.

Last year the government also failed to draft the budget on time, but had nevertheless submitted the unfinished draft to Parliament on September 15.

The draft, however, was immediately returned to the government for further revision.

“Last year, it was a dummy of the draft 2013 budget that had been submitted to Parliament, and it had not been posted on the website,” the source said.

“After that the budget committee has decided to return the draft to the government for revision.”

The 2013 budget was approved by outgoing lawmakers in early December 2012, or after parliamentary elections and before newly elected deputies had taken their seats.

By contrast, the International Monetary Fund expects the Ukrainian economy to record a zero growth in 2013, which means weaker-than-expected revenue for the government.

The Finance Ministry said that its expects Ukraine’s economy to grow 3% on the year in 2013, while the budget deficit will be kept at 2.7% of the GDP.

Consumer inflation will probably be at 8.3% in 2013, according to the ministry.

“The next year's budget will be balanced and its main purpose is to ensure the stability of public finances and objectives of economic growth and social protection,” the ministry said.