February 23, 2013
KIEV, Ukraine -- The Ukrainian government released its newly approved plan of 2013 priority measures regarding the European integration of the country. 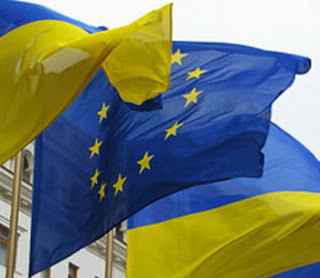 The document provisions for the preparation of the Association Agreement signing and lists specifics of the development of Ukraine - EU cooperation in the areas of foreign affairs and security, justice, trade, and energy.

The first issue on the agenda for Ukraine is to intensify cooperation with member states and relevant institutions in order to facilitate the signing of the Association Agreement with the EU.

Currently, the Eastern European country ended the association talks with the Union, the parties finalized the text of the agreement, which is being translated into the 22 official languages of the EU (excluding English, the language of the original document) and into Ukrainian.

The nearest opportunity to further association would be the February 25, 2013, Ukraine - EU summit.

The next milestone meeting is scheduled for November 2013, when the Eastern Partnership summit will take place in Vilnius, Lithuania.

Earlier, EU Commissioner for Enlargement and European Neighbourhood Policy, Štefan Füle, along with the foreign ministers of 13 EU countries (Belgium, Bulgaria, Croatia, Cyprus, Czech Republic, Denmark, Finland, Ireland, Latvia, Lithuania, Malta, Romania, and Slovakia) stated their readiness to facilitate the signing of the Association Agreement between Ukraine and the EU no later than November 2013.

Additionally, the Ukrainian government further envisions its participation in European peacekeeping and security initiatives, including fighting piracy, states the plan of European integration priority measures for 2013.

Cooperation in the field of justice will include guaranteeing compliance with the decisions of the European Court of Human Rights, cooperation with Europol and Eurojust, reforming public prosecution and defense, and conducting informal consultations with the EU regarding the reforms of the Ukrainian system of justice.

Trade related issues include implementation of the 2012-2014 strategic framework for customs cooperation, which provides for safer trade and countering fraud.

Moreover, Ukraine wants to explore the possibility of joining the Europe-wide electricity transmission system ENTSO-E, as well as the European satellite navigation system EGNOS, and solicit the introduction of common airspace.