February 16, 2013
LONDON, England -- If it came up in the pages of a John Le Carre novel, it might be dismissed as being a twist too far – but a former pupil of one of the region's top public schools is on trial for allegedly plotting to blow up the Russian president. 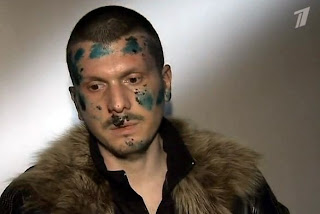 Adam Osmayev, 32, who is accused of being involved in a bizarre plot to kill Vladimir Putin, attended the sixth form of Wycliffe College in Stonehouse, near Stroud, for a couple of years more than a decade ago, his guardian at the time, Robert Workman, confirmed yesterday.

Britain's top public schools were fertile recruiting grounds for MI5 and MI6 during the Cold War.

But even in the most fevered imagination of a fiction writer, it is unlikely any schoolboy plot to kill the Soviet president would have seen the light of day in print.

But truth, as they say, is stranger than fiction and Osmayev is currently appearing in court in Odessa, in southern Ukraine.

The allegation he faces is that he planned to detonate a homemade bomb next to Putin's motorcade as it was driven through Moscow.

Lawyers for Chechen-born Osmayev have however claimed Russian and Ukrainian security services have fabricated the prosecution.

Mr Osmayev has managed to avoid extradition to Russia, but is nevertheless facing the grim prospect of a 15-year prison sentence if found guilty by the Ukranian court.

Retired Mr Workman acted as guardian to 130 Wycliffe students during a 13-year period.

He and his wife's role for the fee-paying public day and boarding school was to provide a home for students unable to return to their families during half-terms and holidays.

"I am amazed he is still alive, to be honest," Mr Workman said.

"We hadn't heard of him for ages. It's extraordinary to think of him facing such charges."

Mr Workman said he clearly remembered his wife asking the teenage Osmayev at the dinner table what he wanted to do when he was grown up.

"He said: 'I want to be president'," recalled Mr Workman.

"My wife thought he perhaps meant president of a company in industry. But he said 'no, president of Chechnya'."

Mr Workman added that on another occasion, Osmayev hired a limousine when his family visited him in the UK.

"He drove it from Heathrow to Stroud and it bottomed-out on a bridge," said Mr Workman, who lives near Stroud.

cathrynzbrown said…
good If you're not comfortable making your very own Kodi box, Kodi APK for Android you'll find many devices calling themselves best.
3:50 AM