February 01, 2013
KIEV, Ukraine -- Opposition lawmakers will go ahead and hold a meeting in Parliament on Thursday in defiance of Parliamentary Speaker Volodymyr Rybak’s refusal to call the emergency session this week the lawmakers had demanded. 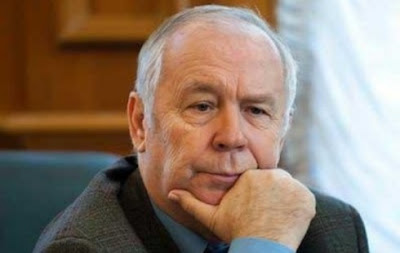 Rybak’s decision averted an attack on President Viktor Yanukovych’s key allies within law enforcement, against whom the opposition groups had planned to call for a vote of no confidence.

But the move irked opposition lawmakers, who accused Rybak of a politically motivated decision to shield Yanukovych and his allies, and called for his immediate resignation.

“I believe that after this Volodymyr Vasyliovych [Rybak] does not have moral right to lead Parliament. He must resign,” Vitaliy Klichko, the leader of the opposition Udar party, said.

“This is not the speaker, but a passive projector of the president’s will that is subordinated and is accountable to him.”

“Neither Parliament needs such speaker nor the country,” Klichko said.

Rybak cited a technicality while refusing to order opening of the emergency session and his decision had been heavily influenced by senior members of the Regions Party.

The opposition groups that needed to collect 150 signatures for the emergency session had submitted 158 signatures.

However, the secretariat of Parliament carefully checked and found that seven of them may not belong to lawmakers.

Klichko, who is among those seven lawmakers, recently confirmed his signature, and said the Regions Party has been using tricks to try to derail the emergency session.

At the session, the opposition groups planned to summon up Prosecutor General Viktor Pshonka, Internal Affairs Minister Vitaliy Zakharchenko and SBU security service chief Oleksandr Yakymenko, and hold a vote to try to dismiss them.

The plan was a threat to Yanukovych, who does not have full control a clear Parliamentary majority, but relies on the law enforcement agencies for much of his power.

Neither Yanukovych nor opposition groups control majority in the 450-seat Parliament, while a vote can be potentially decided by a group of 30-40 independent lawmakers.

The opposition groups planned to attack Yanukovych’s allies after pressure had increased on jailed former Prime Minister Yulia Tymoshenko, who is now investigated for alleged involvement on the murder of a politician in 1996.

Tymoshenko denied any involvement and said the investigation was politically motivated.