Murder And Selective Use Of Justice In Ukraine (Part One) 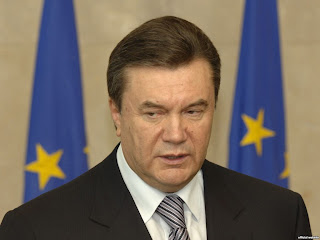 The prosecutor’s office alleges the CEO of United Energy Systems of Ukraine (YESU) Yulia Tymoshenko and Shcherban had “a conflict of business interests” related to the supply of natural gas and its price.

Tymoshenko and Pavlo Lazarenko then allegedly put into effect a “joint criminal intention” to eliminate Shcherban, whereby Lazarenko was to find the murderers, while Tymoshenko was to pay for the assassination.

Tymoshenko purportedly paid $2.329 million from her accounts, while Lazarenko allegedly paid another half a million dollars in cash.

The Shcherban murder opens up a Pandora’s Box from the 1990s that many in Ukraine’s political elite would prefer to remain closed.

If the opposition returns to power, it will arguably be able to use this precedent to open up murder investigations of other high-profile Ukrainians from the 1990s.

According to Ukrainian journalist Sergei Vysotsky, “Following Tymoshenko’s conviction, the entire Ukrainian oligarchy and political class will lose their legitimacy. They will be taken back in time twenty years”.

Re-opening only one murder case and investigating only the 2009 gas contract are both selective uses of justice.

Vysotsky believes observers “will be entitled to ask the question, why only Tymoshenko? Did no other current oligarchs and political leaders give bribes, misappropriate state property and order the removal of their competitors in the 1990s?”.

Former Interior Minister Yuriy Lutsenko, also a victim of the authorities’ selective use of justice, gave details of how First Deputy Prosecutor Renat Kuzmin released two alleged heads of organized crime groups, Aleksandr Melnyk and Givi Nemsadze, the alleged head of the bloodiest organized crime gang in Ukraine active in the Donetsk region in the 1990s where, Lutsenko said, he was responsible for 57 murders.

Nemsadze was released from criminal liability by Kuzmin who claimed that not Givi but his deceased brother Guram had led the gang.

Vasylyev, Pshonka and First Deputy Prosecutor Kuzmin held senior positions in the Donetsk prosecutor’s office in the 1990s when they failed to investigate a single high-profile murder.

Eastern European expert Hans Van Zon writes that Vasylyev was in office “during the gang wars in the province without managing to capture a single one of the assassins of the dozens of politicians and gang masters”.

In 2007, the United States Embassy wrote from Kiev that the prosecutor’s office was stalling the investigation into the (still unresolved) 2004 poisoning of Viktor Yushchenko because Kuzmin is “prone to politically-motivated comments about orange politicians”.

Moreover, Serhiy Taruta, one of three current heads of the Industrial Union of Donbas (ISD), noted that the gas dispute between ISD and YESU had been resolved by January 1996, eleven months before Shcherban was murdered.

Yevhen Shcherban’s son, Ruslan, who survived the assassination that killed his father and mother, never mentioned Tymoshenko or Lazarenko during the trial of Vadym Bolotskykh (pseudonym Vadyk Moskovych) who was sentenced to life imprisonment in 2003 for the assassinations of Akhat Bragin (1995), Alexander Momot and Yevhen Shcherban (both 1996) — who, with Rinat Akhmetov, were co-owners of ISD.

Bolotskykh claimed he had undertaken these murders on behalf of Yevhen Kushnir who allegedly led an organized crime gang that reportedly was behind 27 murders and 17 attempted murders.

Furthermore, Serhiy Zaytsev and Ihor Maryinkov had testified in previous criminal trials in the 1990s in Donetsk.

Criminal cases were closed against Zaytsev in exchange for providing the right kind of testimony, according to former Deputy Interior Minister Hennadiy Moskal.

Moskal claimed the third witness, Ruslan Shcherban, gave testimony under pressure because he had been with a group of hunters where there had been an accidental death.

Additional evidence comes from Petro Kirichenko who resides in the US and testified at Lazarenko’s trial.

In Ukraine there had been two criminal cases pending against Kirichenko and one against his spouse, Isabella.

Their three Ukrainian apartments and one office had been seized by authorities.

In September 2011, Isabella Kirichenko travelled to Ukraine to sell the apartments and was imprisoned for three months, followed by one month under house arrest, on charges of fraud and forgery.

In August 2012, the charges against Isabella Kirichenko were dropped after the prosecutor’s office obtained from her “evidence” against Lazarenko and Tymoshenko.

Kuzmin travelled to the United States in summer 2012 to collect further evidence without informing the US authorities and his visa has since been revoked.

Firstly, in relation to the Shcherban murder investigation, journalist Serhiy Kuzin asks why nobody has questioned law enforcement officers about how it was possible for, “a group of people to freely sneak into the airport dressed as airport workers and police, shoot the deputy and quietly escape from the crime scene?”.

Secondly, why have the murders of Bragin and Momot not been re-opened?

Thirdly, why is there no investigation of the suspicious deaths of Bolotskykh’s two accomplices in jail?

Fourthly, why has there been no investigation of the two failed assassination attempts on Akhmetov in 1994 and Lazarenko three weeks after he was appointed prime minister in May 1996?

Planning for, and execution of, the murder charge against Tymoshenko has been in motion since Viktor Yanukovych came to power in 2010 — irrespective of the torrent of Western criticism of his government’s selective use of justice.

Tymoshenko’s probable sentence for murder (Ukrainian courts have an incredibly high conviction rate of 95 percent) could bring about US and EU sanctions.

Indeed, on the same day that investigative proceedings were launched in Ukraine, the US Senate began discussing sanctions against Ukrainian officials.