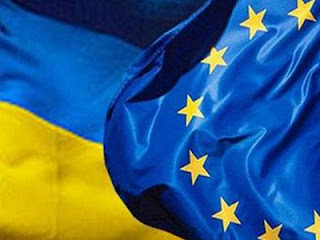 Ukraine will be represented by President Viktor Yanukovych.

The main focus of discussions at this summit is expected to be Ukraine’s reform agenda, linked to the possible signature of the EU-Ukraine Association Agreement, which will also provide for the establishment of a Deep and Comprehensive Free Trade Area.

Leaders will discuss the following themes:

Political association, as envisaged in the initialled EU-Ukraine Association Agreement, and in particular the concrete aspects as set out in the Council conclusions adopted at the Foreign Affairs Council of 10 December 2012.

Economic integration, notably trade questions and the establishment of the Deep and Comprehensive Free Trade Area, the macro-economic situation in Ukraine and possibilities for EU macro-financial and financial assistance, energy issues as well as public finance management and administration reforms.

Mobility, including the latest developments regarding the implementation of the Action Plan on Visa Liberalisation and the ratification of the amending Visa Facilitation Agreement.

Regional and international issues in the context of Ukraine’s OSCE Chairmanship as well as the preparation of the Eastern Partnership Summit in Vilnius in November, relations with neighbouring countries.

EU-Ukraine cooperation is built on a shared commitment to the rule of law, human rights, democratic principles and fundamental freedoms.

EU-Ukraine relations are based on the Partnership and Co-operation Agreement (PCA) which entered into force in 1998.

The partnership aims to promote political dialogue, trade and investment as well as economic, social and cultural cooperation.

On 30 March 2012, an ambitious Association Agreement (AA), including provisions establishing a Deep and Comprehensive Free Trade Area (DCFTA), was initialed.

The AA is intended to provide a new legal framework for EU-Ukraine relations.

It is a concrete way to sustain positive dynamics in our relations, focusing on support to core reforms, on economic and political governance and cooperation across a range of sectors.

The AA with Ukraine will also be the first of a new generation of Association Agreements with Eastern Partnership countries.

The AA could be signed in the Eastern Partnership Summit in Vilnius in November 2013, if determined action is taken and tangible progress made by Ukraine in three areas: the compliance of the 2012 parliamentary elections with international standards and follow-up actions, progress in addressing the issue of selective justice and preventing its recurrence, implementation of reforms defined in the jointly agreed Association Agenda.

The European Union and its member states continue to be the largest donor to Ukraine: since 1991, assistance provided by the EU alone has amounted to over € 3 billion ($3.95 billion).

This goes to support action in three priority areas: good governance and the rule of law; facilitating the entry into force of the Association Agreement, and sustainable development, including energy and environment.

This amount includes funding under the Eastern Partnership for the comprehensive institution building programme (€ 43.37 million = $57.16 million)).

The latter is designed to improve the administrative capacity of partner countries and their compatibility with EU institutions, for instance through twinning programmes, professional training and secondment of personnel.

The EU accounted for 29% of Ukraine’s external trade in 2011, being its second commercial partner (after Russia).

The EU-Ukraine trade relationship is dynamic: in the last ten years, bilateral trade grew by more than 160%, well above the average growth of EU trade with the rest of the world.

The existing challenges in terms of competitiveness in the Ukrainian economy are reflected in the structural trade deficit it experiences with the EU, which has ranged over the past few years between € 5 billion ($6.6 billion) and € 10 billion ($13.2 billion).

Nonetheless, Ukraine has taken the right steps to address these challenges.

With the EU’s support, Ukraine joined the World Trade Organization in May 2008 and immediately launched negotiations for a Deep and Comprehensive Free Trade Area (DCFTA).

Closer economic integration through the DCFTA will be a powerful stimulant to the country's economic growth.

As a core element of the Association Agreement, it will create business opportunities in Ukraine and will promote real economic modernisation and integration with the EU.

Higher standards, better service to citizens and, above all, Ukraine’s readiness to compete effectively in international markets should be the result of this process.

Ukraine has an important strategic position in energy transit to the EU, both for gas and oil.

The major objectives for energy cooperation with Ukraine include: improved security for energy supplies and the development of sustainable and competitive energy markets in Ukraine.

An economically viable, sustainable, competitive and transparent energy market in Ukraine, conducive to foreign direct investments, would contribute to both objectives.

The EU is therefore promoting reforms of the Ukrainian gas market in accordance with EU rules and standards and the integration of Ukraine into the EU's internal energy market.

In this spirit, Ukraine also joined the Energy Community in February 2011, providing benefits in terms of needed investment into the energy sector, efficiency and supply diversification and thus security of supply.

The EU is also a key partner of Ukraine in the modernisation of its gas transit infrastructure.

During the EU-Ukraine Summit in December 2005, the two parties signed a Memorandum of Understanding (MoU) in the field of energy.

Since then, the EU and Ukraine sign Progress Reports every year on energy cooperation.

The 7th progress report will be signed on the occasion of this summit.

The Euratom and Ukraine signed agreements in July 1999 on cooperation in the fields of nuclear safety and controlled thermonuclear fusion.

The Euratom-Ukraine Agreement for cooperation on the peaceful uses of nuclear energy entered into force on 1 September 2006.

Since the Chernobyl accident, the EU has been working continuously with Ukraine to improve nuclear safety and to deal with legacy of the disaster.

So far the EU has committed €580 million ($764 million) to Chernobyl-related projects, mainly for nuclear safety, but also to improve the living conditions of the local population and to reinforce research programmes.

In addition, the bilateral contributions from EU member states to the Chernobyl projects amount to €452 million ($596 million).

Justice and home affairs, especially mobility issues, have been key topics at previous EU-Ukraine summits and matters such as migration and asylum policies, border management, visas, the fight against international crime and terrorism, money laundering and human trafficking are regularly discussed.

An amended Visa Facilitation agreement with Ukraine was signed in July 2012 and will enter into force once the ratification process has been completed.

An Action Plan on Visa Liberalisation (VLAP), setting out the conditions to be met before the possible establishment of a visa-free travel regime for Ukrainian citizens, is currently being implemented.

It is based on a community of values and the principles of democracy, respect for human rights, fundamental freedoms and the rule of law.

The Vilnius Summit in November 2013 will be another opportunity to demonstrate the EU’s commitment to the Eastern neighbourhood.

The EU and Ukraine collaborate on a number of foreign and security policy issues, including crisis management.

An example is Ukraine’s contribution to the Atalanta counter-piracy operation.

The EU and Ukraine also conduct regular dialogue on issues such as terrorism, non-proliferation and arms export control.

Thanks to the commitment made at the Eastern Partnership summit in Warsaw in 2011, Ukraine plays an important role in the EU’s reflection on how to foster cooperation with third countries in the area of Common Foreign and Security Policy/Common Security and Defence Policy.

It is in the EU's interest to enhance the CFSP/CSDP cooperation with Ukraine.

The intensification of our dialogue and cooperation is also foreseen in the Association Agreement.

Ukraine plays a key role in the settlement of the Transnistrian conflict in the Republic of Moldova, notably with the Chairmanship in Office of the OCSE this year.

The EU and Ukraine have regular discussions on this subject, since both are members of the so called 5+2 settlement negotiation format.

In the EU's 2013 research work programme, Ukrainian entities are targeted, as part of the Eastern Partnership, for funding of up to €3 million ($3.95 million) for societal challenges, supporting policy dialogue and developing cooperation on innovation.

In addition, they are encouraged to participate in the research topic: ‘reinforcing cooperation with European Neighbourhood Policy countries: bridging the gap between research and innovation’ which aims to support the development of a common knowledge and innovation space between the EU and its eastern and southern neighbours.

This activity (budget €9.5 million = $12.5 million) will focus on bridging the gap between research and innovation by better aligning research objectives to socio-economic needs and improving performance in using knowledge resulting from research.