December 08, 2012
KIEV, Ukraine -- Ukrainian President Viktor Yanukovich has promised to name a new prime minister by Sunday, moving to douse political uncertainty after the International Monetary Fund said it was postponing until January a visit to discuss a new IMF programme. 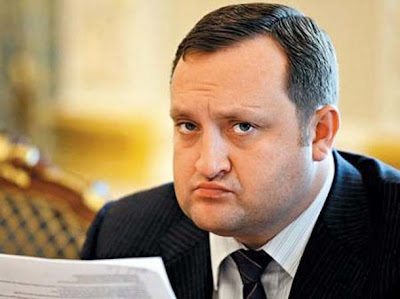 Yanukovich, who dismissed Prime Minister Mykola Azarov's government on Monday after an Oct. 28 parliamentary election, said he would nominate his candidate before he left on an official visit to India.

"I will announce the candidate for prime minister by this Sunday," his official website quoted him as telling a group of diplomats late on Thursday.

The IMF said on Thursday it was postponing to late January a visit due to start on Friday.

IMF local representative Max Alier said the decision was made at the request of the Ukrainian authorities in view of possible government changes.

But with the delay worrying Ukraine's creditors, credit agency Standard and Poor's on Friday downgraded Ukraine's sovereign rating by one notch to 'B' with a negative outlook.

A new IMF programme is required to help the former Soviet republic repay foreign creditors $9.1 billion in 2013, up from $6.5 billion this year.

This includes $6.4 billion already owed to the IMF which Ukraine says it hopes to refinance.

Yanukovich has not indicated who he wants as his next prime minister but has not ruled out re-appointing Azarov, a long-time ally and government veteran who is now acting prime minister.

Serhiy Arbuzov, the central bank head, has also been mooted as a strong favourite for the top government post.

The new parliament, which must vote on Yanukovich's nominated candidate, will convene on Dec. 12.

Azarov, 64, served as Yanukovich's prime minister after the latter won the presidency in February 2010, and is regarded as a safe pair of hands and a political neutral who is not linked to any specific group of billionaire power-brokers in the country.

But his resistance to pressure from the IMF to raise household gas prices - a move the Fund sees as essential to control the budget deficit - prompted the IMF to suspend payments lending under a stand-by programme in early 2011.

Some analysts have said Yanukovich might replace Azarov with someone more flexible ahead of the new talks with the Fund.

Others, however, argue that giving the job to the less experienced 36-year-old Arbuzov, whose mother runs a private bank owned by Yanukovich's family, could be risky given the scale of Ukraine's economic problems.

Ukraine's trade deficit is widening due to the falling global demand for steel, its main export, putting pressure on the hryvnia exchange rate and central bank reserves which shrank by $1.4 billion last month to $25.4 billion.

In an attempts to curb imports and boost budget revenues, Yanukovich this week signed a law raising import duties on over 100 goods such as chemicals and car parts to the highest level allowed under Ukraine's deal with the World Trade Organisation.

S&P said that even if Ukraine managed to agree a fresh deal with the IMF, there was a risk it would fall apart, as happened with the previous two financing programmes.

"In our view, if agreement is reached with the IMF on a new stand-by arrangement, it may be followed by under-utilisation of the program, as happened in 2010-2011," it said.