December 03, 2012
KIEV, Ukraine -- Political instability in post-election Ukraine may soon be be compounded by economic and financial instability that has the potential for social unrest. 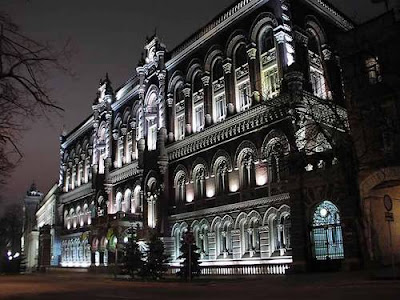 The World Bank calculates that Ukraine has the second lowest per-capita income in Europe followed by Moldova.

Ukraine, which was the second largest constituent republic economy within the Soviet Union, has already been surpassed by Kazakhstan.

In the last decade, Russia, Belarus and Kazakhstan recovered and overtook their Soviet GDP levels.

Ukraine’s GDP is only three quarters of that of Soviet Ukraine (without the 2008 crisis it would be 90 percent).

Ukraine went into economic recession in the third quarter of this year because of declining industrial, metallurgical and construction sector output.

Ihor Burakovsky, director of The Institute for Economic Research and Policy Consulting, told Jamestown that Ukraine’s growth this year would be around 0.7 percent.

This is worse than the forecast of 2.3 percent but not of the magnitude of 2009 when GDP collapsed by 15 percent.

The 2010 International Monetary Fund (IMF) financial crisis support program for Ukraine was partially implemented but has since expired.

It is unclear if the United States and the European Union will support the IMF negotiating a new agreement or whether Washington and Brussels will demand further tough political demands.

After the elections, the Ministry of Regional Development and Housing asserted that an increase in household utility prices is inevitable and will require increases of 40–50 percent.

Government ministries are discussing a transition to full payment of all tariffs and services by the population.

Since early 2012, President Viktor Yanukovych has become a persona non grata in the US and the EU; of the ten foreign visits he made this year, only one was to a Western country (Cyprus).

Foreign investments in the first nine months of 2012 totaled $4.32 billion, down nine percent from the same period in 2011.

The largest foreign investor was Cyprus—a favorite offshore money destination for Ukrainian oligarchs—meaning most of this “foreign investment” is Ukrainian capital returning home.

The European Business Association’s Investment Attractiveness Index gave Ukraine a score of 2.4 out of 5, the lowest since 2008.

“A number of foreign investors say that the investment climate in the country is deteriorating for everyone except Ukrainian oligarchs”.

Meanwhile, in the aftermath of massive Euro 2012 spending and corruption (Ukraine’s stadiums are the most expensive in Europe), populist social welfare promises made ahead of the elections, and poor tax collection, Ukraine is facing a financial squeeze and possible devaluation of the hryvnya.

Since the beginning of the year, the National Bank of Ukraine’s (NBU) reserves decreased by 15.7 percent from $32 billion to $26.8 billion—barely sufficient to cover three months of imports, the minimum reserves the NBU should have.

Foreign currency reserves have been dwindling in recent months after they were used to cover balance-of-payments deficits and to stabilize the hryvnya exchange rate.

The hryvnya could collapse by 50 percent before the end of the year, a similar drop to the hryvnya’s devaluation of 60 percent in 2008.

The government is proposing new schemes to squeeze money from different sources to improve the budget.

A 15-percent tax on the sale of foreign currency and a one-percent allocation to the Pension Fund have been condemned by the opposition as a “tax by the Family” that would not be felt by oligarchs who allegedly possess $72 billion in offshore accounts.

The Tax Justice Network non-governmental organization calculates that $167 billion has been sent from Ukraine to offshore accounts.

In addition, passports have to now be shown when exchanging money.

This month, a new law gave the National Bank the right to demand obligatory sales of earnings in foreign currency by exporters.

Also, a 7.8-percent ten-year Eurobond was released this month to raise $1.25 billion for the Ukrainian treasury after a July Eurobond for $2 billion.

In Cyprus the Ukrainian president signed a convention on the avoidance of double taxation and prevention of income tax evasion.

The Soviet-era treaty, which heretofore regulated bilateral financial relations, lost Ukraine $3 billion a year in taxes, or 10 percent of the budget.

Yet, without significant systemic reforms, none of these measures will be enough, as Kiev will still require access to IMF loans to prevent a financial meltdown.

With the presidential election campaign set to dominate 2014, however, the window to undertake necessary IMF-mandated economic reforms will close after the first half of 2013.

Ukraine’s economic and financial crisis could, therefore, force the authorities to finally act quickly—as previous crises over the last two decades had done before.