December 31, 2012
KIEV, Ukraine -- “The real fun is not about improving performance from 97.2 out of 100 to 98.1,” says Maya Solntseva, an engineer working for multinational consumer goods producer Proctor & Gamble in Ukraine. “It’s about going from 35 to 72.” 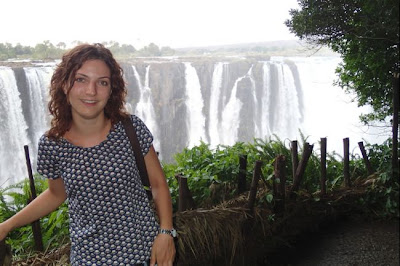 Back in 2007 Solntseva passed with brio a four month training program at the company’s Brussels office and was offered her pick of postings: staying in the Belgian capital to do engineering or programming work, or moving to the company’s regional hub outside Prague, Czech Republic.

She chose none of the above.

Born and raised in Dnipropetrovsk, Ukraine, Solntseva opted to stay closer to home.

Dnipropetrovsk was a formerly closed city on account of being the USSR's rocket construction hub.

Solntseva heard about a factory opening in Ordzonikidze, a small town of 25,000 in eastern Ukraine.

She packed her bags and hasn't looked back.

Compared to the two world-class business and cultural centers she was offered, Ordzhonokidze, or "Ordzho" as locals affectionately call it, had little going for it.

Still bearing the name of one of Joseph Stalin's favorite henchmen two decades after the collapse of communism, the backwater is less a town than a handful of Soviet low-risers and asbestos-roofed huts surrounded by heavy industry and a quarry.

But it was a chance to build something from the ground up, to learn a lot, and to give something back to the homeland.

"I hate these people that leave Ukraine and then claim 'life in Ukraine is so bad, nothing can work there,'” she said.

“Well, what have they done to make it better?"

Ordzhonikidze gave her a chance to do just that.

"Everybody here works at Proctor, or around it," said Oleg, a taxi driver in his early 20s who worked on feminine hygiene products until the line was cancelled.

It pays well, he explained, with 3000 hyrvnias ($370) a month plus food and transport, compared to 2000 hyrvnias elsewhere in the region.

And they take worker safety seriously, he added.

"Its simply humane conditions," he said.

When you have a production line that shuts down 200 times per shift, she explained, and you manage to reduce that to 20, and the operator can actually come and talk to you instead of rushing from one place to another putting out fires — that’s when you feel you’ve done something worthwhile, made that person’s life a little less miserable.

But it isn't just selfless altruism and a taste for adventure that drives her.

Rapid career growth and the chance to gain a wealth of experience are key parts of the bargain.

The first year she dove right in, running the old site with a handful of other fresh managers while the new one was being set up.

This meant going through a number of areas — manipulation, logistics, operations, distribution — and learning each in ways that would be impossible anywhere else.

Quickly, she earned a series of promotions — starting in two months she will be managing 110 people out of a total 600 in Proctor & Gamble’s biggest factory in Ukraine’s market of 45 million.

“Never would I have been promoted to a higher level in just one-and-a-half years in Brussels,” Solntseva said.

Like many other West European countries, youth unemployment has been high in Belgium at 18 percent (though still far below the 30 percent in Ireland and 50 plus in Spain and Greece).

There, even if someone met the criteria for promotion, there would be five others in the situation, and seniority would decide.

But not in Ordzhonikidze, she said, where you just have to meet the necessary qualifications.

“There’s less people in the queue,” she laughed.

But her decision has not been without sacrifice.

Salaries would be twice as high in Belgium, she said, with lots of traveling and hotels.

And in Ordzhonikidze, “there’s nothing to do in the evenings," Solntseva said, "going anywhere means two, or eight, or 12 hours of travel one way.”

But she’s clear about where to head next: Africa.

Having just come back from a month in South Africa and Zimbabwe, she said, the region for her resembled Ukraine in the '90s: corruption and poverty, but full of opportunity and amazing people.

Plus it’s a chance to get in at the very beginning of something, she argued, given that Proctor & Gamble doesn’t have any production in the continent’s southeast.

"I finish my assignment, and then I've done my part for Ordzho," she said.