December 23, 2012
MOSCOW, Russia -- Ukraine has been seeking ways to cooperate with the Russia-led Customs Union trade bloc, but has not yet submitted an application for a full fledged membership, Russian President Vladimir Putin said Thursday. 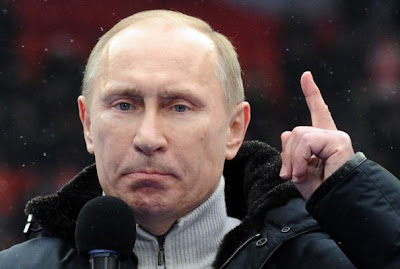 “We’re not talking about Ukraine’s accession to the Customs Union,” Putin said at a press conference in Moscow.

“For us to start talking about it, we have to receive the application for the accession. We don’t have such application.”

The comment provides a glimpse into ongoing discussions between Ukraine and Russia after President Viktor Yanukovych had suddenly postponed his trip to Moscow on Tuesday.

Yanukovych, who was widely expected to go and to sign an agreement with Putin, later cited the need for “additional consultations” for postponing the trip.

The government provided little or no other details over the ongoing talks with Russia, triggering concerns among opposition lawmakers that Yanukovych has been seeking to unilaterally reverse the foreign policy.

The issue is sensitive in Ukraine as any accession to the Customs Union, which includes Belarus and Kazakhstan, would essentially mean reversing previous plans for closer integration with the European Union.

Ukraine’s opposition groups, which increased their strength in Parliament following October 28 elections, vowed to call emergency session of Parliament and other extreme measures to stop the agreement.

Putin said Ukraine has been seeking ways to increase cooperation with the Customs Union after facing difficulties in obtaining a quota for exports of steel pipes to Russia.

Ukraine has earlier received annual quotes from Russia for the exports of steel pipes, but now the decision as postponed because the Customs Union’s supranational body – still controlled by Russia - had to make decision, Putin said.

“Now, we’re not giving Ukraine the quotas not because we don’t want to, but because this is a competence of the supranational body,” Putin said.

“Our Ukrainian friends for some time thought we are joking,” Putin said.

“But now they have understood that this is no joke.” “So, the Ukrainian partners are now busy seeking way out of the situation,” Putin said.

Arseniy Yatseniuk, the leader of the opposition Batkivshchyna party, said the government should sign as soon as possible a political and free trade deal with the EU.

He said the Customs Union has “no room for Ukraine’s independence.”