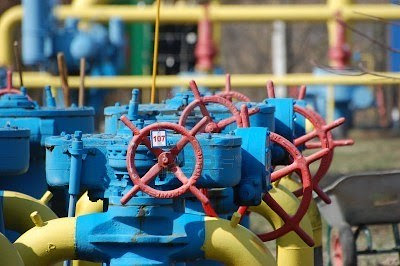 The 15-year loans would be paid out starting in 2016, according to the Interfax news agency, suggesting they will provide little immediate relief from Ukraine’s current financial squeeze.

But the support for replacing gas with cheaper domestic coal comes at a time when Ukraine has been struggling with Russia over the high cost of its gas supplies.

Ukraine has been paying some of the highest gas prices in Europe under a long-term contract signed with Russian monopoly Gazprom in 2009.

The contract, which pegs gas to higher-priced oil, has saddled Ukraine with import costs of over U.S. $12 billion a year.

President Viktor Yanukovich has tried for nearly three years to renegotiate the terms, but so far without success.

Talks with Russian President Vladimir Putin set for Dec. 18 were postponed as the impasse persists.

Russia has held out for concessions including control of Ukraine’s transit pipelines, which have carried most of Gazprom’s exports to Europe since Soviet times.

The standoff has kept Europe on edge for years following a series of disputes that have disrupted winter gas deliveries.

The costs have become critical for Ukraine, which has been warned by the International Monetary Fund that its hard currency reserves are only enough to cover 2.6 months of total imports, according to a separate Interfax report.

The IMF has withheld further loans until the government raises household gas rates, an unpopular step that Yanukovich has been reluctant to take.

To lower its costs, Ukraine has cut gas imports from Russia with measures that include using more coal.

But the effort has led to another financial risk.

Under terms of its contract, Ukraine must buy a minimum volume of gas or pay a penalty.

By one estimate, Naftogaz could face U.S. $2.7 billion in fines for buying less than the minimum this year.

China seems to be stepping into the conflict with loans that could help Ukraine reduce its reliance on Russian gas even more.

Edward Chow, senior fellow for energy and national security at the Center for Strategic and International Studies in Washington, said China must know that the loans may be seen as interference, but officials have said nothing about the motivation.

China’s calculations could be strictly financial, despite the risk of annoying Russia, which has also been trying to strike a deal for gas exports to China since 2006.

“You have Chinese capital chasing deals all over the world, and Ukraine is a geopolitically important place, so why wouldn’t the Chinese … want to have some kind of a foothold?” Chow said.

Chow suggests that Ukraine may have actually weakened its hand with the Russians by appealing to China.

“Instead of giving them the idea that they can’t be too hard on the Ukrainians because they will just rush to the Chinese, it may have the opposite effect of just proving how desperate the Ukrainians are,” he said.

Beijing’s practice of offering big loans in Russia’s traditional backyard may continue to raise questions about its relations with Moscow, however.

In September 2011, China agreed to grant Belarus a soft loan of U.S. $1 billion under similar circumstances as the country was trying to resist a Russian takeover of its Beltransgaz pipeline system.

In that case, Belarus was also faced with rising prices for Russian gas and an IMF refusal to extend further loans.

The Russian press saw the move as competition for Belarusian assets that would have to be sold under pressure to pay for gas supplies.

“It seems Russia will now have a powerful rival in the fight for control over state-owned Belarusian firms,” the daily Kommersant said at the time.

President Alexander Lukashenko said Chinese credits would be “more than $1 billion,” according to Interfax.

So far, Russian officials have kept quiet about China’s financial forays into the former Soviet republics, although its influence has grown immeasurably in Central Asia with oil and gas investments over the past decade.

It is unclear whether China is now looking for similar influence in Ukraine.

In September, the Financial Times reported that Ukraine planned to start shipping 3 million metric tons of corn per year to China under a U.S. $3-billion credit agreement with the country’s Export-Import Bank.

First deliveries were expected by the end of the year, the official Xinhua news agency said.

Ukraine has high hopes for its agreement with China on coal conversions, which are planned for several regional heat generating plants.

Unknown said…
But in any case, executives need something to drive them through the trough of frustration and unclear value.
hr dissertation

Unknown said…
Your write-up is pretty helpful! Looking at your work has educated me. Discovered a lot from it. I will favorite your blog and will consistently browse your forthcoming blog posts. Awesome! Kudos! essays.mightystudents.com
7:38 AM

Unknown said…
Excellent post. I learn something totally new and challenging with this . Buy essay from our professional writers
http://payforessay.net/write-my-essay
6:15 AM

Unknown said…
This comment has been removed by a blog administrator.
10:17 AM

Unknown said…
This comment has been removed by a blog administrator.
9:13 AM

Unknown said…
Hello there! Thanks for the article and nice photo! essays writing service - here you can order an esay for the university!
10:56 AM

Unknown said…
I know that Ukraine is a very beatiful country. buy essay paper
8:55 AM

Unknown said…
Totally agree with you all! But try also http://azwritingservice.com/ to make your life easier!

Dr Purva Pius said…
Hello, my name is LUMBA RICKY and am from Austria and I was broke because I entered into a wrong business which made me loss all my money but as I was searching through the internet I saw an advert about a loan company named DR PURVA PIUS Loan Company whom can give a loan for as low as 3% interest rate with no collateral or credit card needed. I applied for a loan in the company to my greatest surprise the CEO of the company DR PURVA PIUS approved my loan of $500,000 which i used to get myself back to business. I said to myself i need to share this good news to the world so if you need any loan of any type with no collateral or credit card for as low as 3% interest rate I advice you to contact Navaro Loan Company at their email: urgentloan22@gmail.com
7:06 PM

Unknown said…
Hello, Are you in need of urgent financial assistance for a personal purpose or for your business needs? Getting a legitimate loan have always been a huge problem to clients who have financial problem and need solution to it urgently. The issue of credit and collateral are something that clients are always worried about when seeking a loan from a legitimate lender. Be careful not to fall victims of various online loan scams here and eventually lost your hard earned money. If you need a credible and reputable loan for: Debt Consolidation, Business Loans, Personal Loans, Construction Loans and Car Loan for any kinds contact : (Email: finance@wburke-lendings.com) or website: http://www.wburke-lendings.com. Skype: wburke-lendings. No social security and no credit check, 100% Guarantee. All you have to do is let us know exactly what you want and we will surely make your dream come true.
9:19 AM

Are you a business man or woman? Are you in any financial mess or do you need funds to start up your own business? Do you need a loan to start a nice Small Scale and medium business? Do you have a low credit score and you are finding it hard to obtain capital loan from local banks and other financial institutes?.

Our loans Are well insured for maximum security is our priority, Our leading goal is to help you get the service you deserve, Our program is the quickest way to get what you need in a snap. Reduce your payments to ease the strain on your monthly expenses. Gain flexibility with which you can use for any purpose – from vacations, to education, to unique purchases

We offer a wide range of financial services which includes: Business Planning, Commercial and Development Finance, Properties and Mortgages, Debt Consolidation Loans, Business Loans, Private loans, Home Refinancing Loans with low interest rate @3% per annul for individuals, companies and corporate bodies. Get the best for your family and own your dream home as well with our General Loan scheme.

So we await to hear from you soon.
Thanks for your cooperation
George Clydesdale...
12:22 AM