October 16, 2012
KIEV, Ukraine -- Ukraine denied being protectionist on Tuesday as 58 countries attacked its plan to renegotiate hundreds of tariff ceilings at the World Trade Organization, with some warning that it could undermine the world trading system. 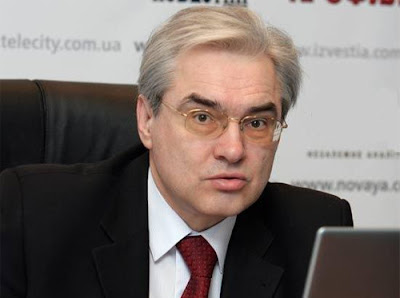 The former Soviet republic notified other WTO members of the tariffs move in a document marked "secret" last month, raising fears it could use a loophole to get around a fundamental check on protectionism and prompt other members to do the same.

Each of the WTO's 157 members has the right to raise or lower tariffs within an agreed ceiling, the "bound tariff".

Some countries have negotiated small or technical changes to some tariff ceilings but Ukraine shocked the trading club by listing more than 350 tariffs that it intends to change.

Opposition to the tactic united countries that have been fiercely critical of each other's trade policies, including the United States, EU nations, China, Argentina and Ecuador.

In a written reply to Reuters questions, Ukraine's senior trade negotiator Valery Pyatnytsky defended the move as fully in line with the spirit and letter of WTO rules.

"We intend to carry out negotiations on reviewing bound tariffs for import duties because, in the current economic situation and due to threats that all WTO members are facing, the Ukrainian government must have certain flexibility in carrying out its trade policy with regards to tariffs," he said.

Pyatnytsky also cited the WTO's failure to finish the Doha Round of trade talks, over a wide-ranging liberalization of world trade, which collapsed last year after a decade.

The Doha talks were billed as a boon for developing countries.

But many of them are now angry that, having opened their markets to U.S. and European companies, there has been no reciprocal move from the rich world to benefit poorer countries.

At a WTO committee meeting on Tuesday, another Ukrainian official said the country had accepted very open terms of trade when it joined the WTO in 2008, while many members were "highly protected" with much less market openness.

"Ukraine de facto is a developing transition economy. Its highly liberalized market access is a tangible contribution to this system. However, in light of today's reality we recognize the adjustments are necessary to strengthen our trade policy," the diplomat said according to a transcript.

Ukraine was not seeking to challenge the traditional "asymmetry" of the system, but "there is space and potential in the system to accommodate Ukraine's trade policy adjustments", the diplomat said.

Representatives of 58 countries spoke out against Ukraine at the meeting, with some saying the tactic could undo decades of trade liberalization, and nobody spoke in support of the country.

"Ukraine's proposed action has serious systemic implications and the United States, like others, is concerned about the precedent that it could create," a U.S. trade official told the meeting.

"Nearly four weeks after Ukraine tabled its notification, members still do not know what Ukraine's real objectives are, what proposed new rates Ukraine is seeking, how it contemplates compensating members and whether we have the correct data to analyze the situation."

Ukraine's official at the meeting said it had not stated any intention to raise its tariff ceilings, only to "modify ... the scope and coverage" of its tariff agreements.

But such reassurances failed to convince Ukraine's critics, who are a third of the way through a 90-day window to respond.

They urged Ukraine to explain its intentions, since it had not yet provided enough information for them to formulate any response, and to reconsider its plans.