Euro 2012 Fans Might Be Defeaned By Polish ‘Sound Cannons’

May 10, 2012
WARSAW, Poland -- With all the news of measles, dog slaughter, and "criminal" police forces in Ukraine, it's about time we heard something controversial about Euro 2012 co-hosts Poland. 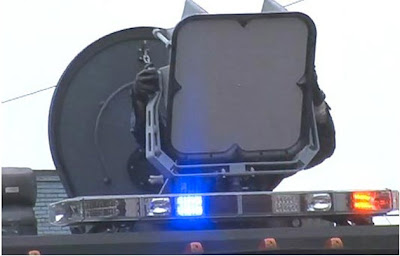 And that controversy has arrived in the form of "sound cannons" — crowd control devices that blast out noise at horrendous volumes to curb the enthusiasm of rowdy fans.
Polish police plan to use them this summer, but there are concerns that they could cause deafness in anybody unlucky enough to be standing near them.
The ear-splitting gizmos mounted on trucks were unveiled as police chiefs vowed zero-tolerance to thuggery when the tournament kicks off next month.
Last night there were growing fears the indiscriminate weapons — which unleash bursts of sound equivalent to a jet engine taking off — could also maim those not involved in any trouble.
These incapacitating measures aren't necessarily being taken for the sake of travelling fans, but rather Poland's home-grown trouble makers.
According to the BBC, violence and racism are still rife in the country.
The assumption is that Poland's hard-core hooligan groups will cause trouble during the championship and abuse foreign fans and players.
Theo van Seggelen, secretary general of players' union Fifpro, told the BBC recently he was not "100% convinced" that "accidents" would not occur both inside and outside stadiums if the majority of fans watching the matches came from the co-host nations, Poland and Ukraine.
In recent games hooligans have been known to light fires in stadiums and sing offensive anti-semitic songs.
Neither of which will be welcome when UEFA's shiny corporate sponsored machine rolls into town.

And on a separate-but-equally-negative note, next time you're frustrated in line at the DMV, spare a thought for fans who wish to cross the border between Poland and Ukraine during the tournament: average queue times are said to be between five and seven hours.