May 25, 2012
DEVON, England -- The death of a wealthy Devon businessman in Ukraine four years ago has been upgraded to a murder inquiry, his family has said. 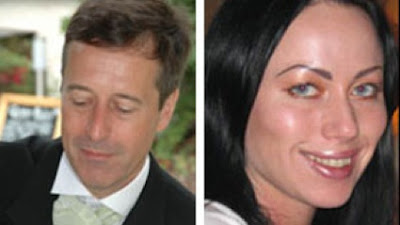 Police initially treated his death as a hit-and-run accident, but his family have always believed he was murdered.

Mr Pring was in the Ukraine to celebrate his first wedding anniversary with his 29-year-old wife Hanna Zuizina at a restaurant near Kiev.

He was hit by a car as he waited for a taxi on the hard shoulder of a dual carriageway.

Mr Pring's family, who live near Cullompton in east Devon, claim that moments before he was hit, his wife left him to retrieve a pair of gloves she had left in the restaurant.

Ms Zuizina, a former stripper, met Mr Pring on the internet in 2006 and the couple married a year later.

But Mr Pring's family described the wedding as a "sham", claiming the couple had spent most of their marriage in separate countries.

Mr Pring's widow and her family have always denied any involvement in Mr Pring's death.

'Hopeful of justice'
Witnesses said when Mr Pring left the restaurant, he was "staggering" and barely able to support himself, although post-mortem tests found "relatively low" levels of alcohol.

His brother, Shaughan Pring, received an email from his solicitor in Ukraine confirming the death had been reclassified from accidental to intentional killing.

"We've been battling for nearly four-and-a-half years for this," he told BBC News.

"Most people would've given up, but we knew Barry was murdered."

He believes the reclassification decision was made because of the "combined effort and pressure" from local MP Neil Parish, the Foreign and Commonwealth Office (FCO), William Hague and the Pring family.

"I'd say we're more hopeful of justice now, although there's still a doubt in the back of my mind about the effort they'll make four years down the line," said Mr Pring.

The FCO confirmed Mr Hague had raised the case with his Ukrainian counterpart in April.

In a statement, a spokesman said the FCO "would continue to provide consular assistance to Mr Pring's family in what must be very difficult circumstances".