February 02, 2012
WASHINGTON, DC -- While not a direct threat to U.S. national interests, the pro-Kremlin government in Ukraine is drifting closer to authoritarianism, an intelligence chief said. 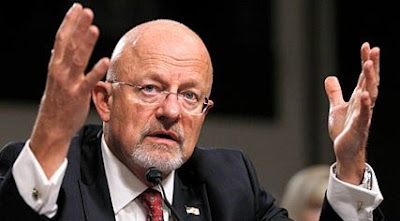 Tymoshenko was convicted on charges she abused her authority in a 2009 gas deal with Russia's Gazprom and she was sentenced to seven years in prison.

U.S. Director of National Intelligence James Clapper told a U.S. Senate committee that Kiev's political system was a growing concern for U.S. interests in the region.

"Democracy in Ukraine is increasingly under siege as Kiev drifts closer toward authoritarianism under President (Viktor) Yanukovych," he said.

Clapper described Tymoshenko's sentence as an example of "selective prosecution" of Yanukovych's opponents.

Clapper said the Yanukovych administration was using "administrative levers" to stifle the media and influence election laws ahead of elections in October.