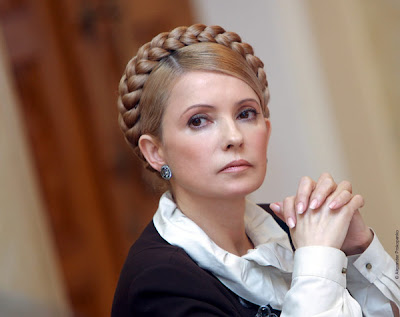 Yulia Tymoshenko
The secretive committee doesn't reveal who has been nominated, but those with nomination rights sometimes announce their picks.

Names put forward this year include Bradley Manning, the U.S. Army private charged with the biggest leak of classified information in U.S. history, Russian human rights activist Svetlana Gannushkina and former Ukrainian Prime Minister Yulia Tymoshenko.
Being nominated doesn't say anything about a candidate's chances.
A wide range of submissions comes in every year from lawmakers, university professors and others with nomination rights, but the decision rests solely with a five-member panel appointed by Norway's parliament.
The deadline for outside nominations was Feb. 1, but the five-member committee added its own suggestions at a meeting Friday, March 2.
Some critics say the committee has departed from award founder Alfred Nobel's intentions by broadening the scope of the peace prize to include efforts to promote the environment and human rights.
Earlier this month a Swedish authority that oversees foundations in Stockholm - including the Nobel Foundation - said it would investigate whether the peace committee is complying with Nobel's will.
The Nobel Prizes also include awards in medicine, physics, chemistry and literature.
A sixth award, the Nobel Memorial Prize in Economics, was created by the Swedish central bank in 1968 in memory of prize founder Alfred Nobel.
Each prize comes with a purse of 10 million Swedish kronor ($1.5 million). The winners are usually announced in October.