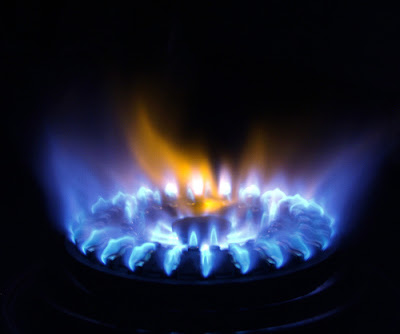 The move comes a day after Naftogaz offered help to Gazprom of Russia in meeting the demand for gas in Europe after the Russian gas company faced problems with gas deliveries.

“Naftogaz has maximum increased usage of gas from the underground gas storage facilities, at the same time reducing imports of gas from Russia,” Naftogaz said in a statement on Saturday.

“This will allow providing maximum level of exports of energy resources to Europe.”

The developments come following concerns in Europe that Russian gas supplies to the EU have been lagging behind schedule due to extremely cold weather.

Poland, Austria, Bulgaria, Romania, Greece and Italy have been reported to have reduced gas imports from Russia without Gazprom properly explaining the reason for the drop in supplies.

Russia moves about 110 billion cubic meters per year of its gas to Europe via gas pipelines in Ukraine that accounts for up to 80% of its Europe-bound gas supplies. Russia accounts for a quarter of Europe’s gas needs.

Energy and Coal Industry Minister Yuriy Boyko on Friday confirmed that the lower gas supplies to the EU are caused by lower shipments from Russia, which itself suffers from unusually cold weather.

“The main problem is that due to the cold weather in Russia the input of gas [into Ukrainian gas pipeline system] is reduced,” Boyko said.

“Since the gas is not coming from the Russian Federation, naturally, it is not reaching Europe.”

Naftogaz reported Thursday that it has been mostly using its underground gas storage facilities to cope with the spell of the cold weather over the past two weeks.

Meanwhile, some analysts questioned Ukraine’s ability to successfully increase shipments of gas to Europe from its underground gas storage facilities because they already are used at maximum capacity.

Naftogaz has been using up to 150 million cubic meters/day of gas from the storage facilities on Friday, up from 138 million cu m/day on Wednesday, according to the Energy Research Institute, a Kiev-based think tank.

“This is close to its technical specifications of the put-through capacity,” Dmytro Marunich, the head of the institute, said in a statement.

If Naftogaz resorts to further increasing the use of gas in the underground gas facilities and if the cold weather persists for months, Ukraine may find itself with very low gas stocks in the spring.

“If the current level usage of gas continues… there is a chance there will be only 6.7 billion cu m of gas left in the storage facilities by the time the high demand season ends on April 15,” Marunich said.

“This borders with the [technological safety] minimum.”