Ukraine Is Next To Default According To Bloomberg

February 25, 2012
KIEV, Ukraine -- Analysts at the Bloomberg agency say that Ukraine will be the next country after Greece to default in debt repayments because of the poor state of its economy. 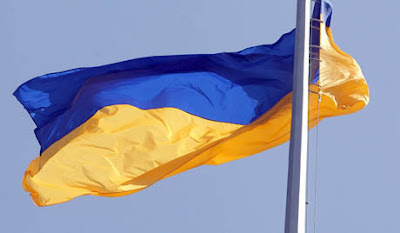 The analysts quote the IMF as doubting the ability of Kiev to repay the 12 billion dollar debt.

But not all the experts agree with the conclusion of the analysts, seeing political undertones in it.

The IMF stopped giving loans to Kiev in March last year, when it told Ukraine to hike the tariff on energy for the consumers.
Ukraine refused to comply with the IMF demand, hoping to accumulate the necessary finances from the discount on Russian gas.
Investors are deeply concerned over the attitude of the Ukrainian authorities.
If cooperation between the IMF and Kiev is not restored soon, the investors’ skepticism will increase.

The same analysts were the first to point to political undertones in the action of the President of Ukraine, Viktor Yanukovych, probably seeing in it a threat of the closing of ranks by Kiev and Moscow.
Russian and Ukrainian experts on the other hand, say that there is more politics than economy in the action of the MF and the conclusion of the Bloomberg’s analysts.
It is not a secret that Europe was quite satisfied with the pro-West orientation of the former president of Ukraine, Viktor Yushchenko.
Brussels had in its grip a country which was at loggerheads with Russia and which was not allowed into Europe.
But when the current administration in Ukraine came to power, it declared its intention of doing business with both the West and the East.
At present, many of the old problems between Ukraine and Russia have been solved, although many more remain, especially the almost intractable gas one.
As for the relationship with Western countries, Kiev continues to hope for a brighter future in a unified Europe.
Any slight move towards Russia is accompanied by a fatherly reproach and highbrow remarks.
Western countries are biased against Ukraine, complains Alexander Koshik, an expert at the Ukrainian Center for Political Studies.

“I think that there is anti-Ukraine prejudice in the West. Our situation is not like that in Greece. There is economic growth in Ukraine, while the economy in Athens is plummeting."
"Most importantly, Ukraine’s debt is 40 per cent of its GDP, while Greece’s debt is 160 per cent of its GDP. The differences are glaring. Europe does not want to let Ukraine into the EU and at the same time frowns at its closeness to Russia. Its like a dog in the manger”, Alexander Koshik said.

Many Ukrainian experts are not over-dramatizing the situation, believing that the country’s national currency, hryvna, will maintain its exchange ratio till the end of the year, despite its fluctuations.
Kiev is in no danger of defaulting, says the country’s Finance Minister, Valery Horoshkovsky, commenting on the press information.

Indications are that Kiev will be able to find a solution to its temporary financial problems, and in the meantime, specialists are looking for a way out of the situation, one of the ways being to accept the proposals of its Eastern neighbors.
The doors to the Customs Union formed by Russia, Belarus and Kazakhstan remain open.

Source: The Voice of Russia