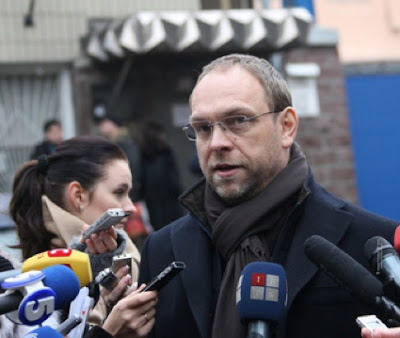 Tymoshenko's lawyer Serhiy Vlasenko.
Tymoshenko is serving a seven-year sentence on charges of abuse of office following a trial that the West has condemned as politically motivated.

She was examined by a group of Western doctors this week after complaining of severe back pain and inability to walk or stand.

Tymoshenko's lawyer Serhiy Vlasenko said Thursday that the German and Canadian doctors said she was in grave condition.

He did not provide any further details.

Government-appointed doctors have insisted her health is satisfactory.

Tymoshenko accuses President Viktor Yanukovych of putting her behind bars to get rid of his main political rival.