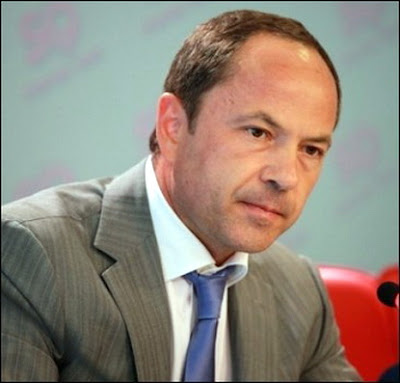 Deputy Prime Minister Serhiy Tyhypko
The legislation’s approval by early June is crucial for the release of about $3 billion in two installments from the IMF.

The vote may also have sweeping political consequences: it is expected to reduce popular support of the government if the legislation is approved.

On the other hand, Tyhypko promised to resign if lawmakers refuse to support the legislation before they go on recess in early July.

“There is no alternative for the pension reform in Ukraine,” Tyhypko said. “Its presentation should begin this week.”

“The country is facing this decision,” Tyhypko said. “It must be approved in June or in early July. In this case we will be able to get positive decision by the IMF in July or in August concerning the financial support.”

The legislation was originally supposed to be approved earlier in March, but it had been delayed amid concerns at President Viktor Yanukovych’s administration that it may trigger social unrest.

The delay forced the IMF to postpone the release of $1.55 billion installment earlier expected in late March.

The government managed to survive the delay of lending after borrowing internationally $1.5 billion in Eurobonds earlier this year, alleviating the immediate pressure on the budget.

But any further borrowing without the IMF lending program in place may prove to be problematic, and will mostly result in higher interest rates.

The failure to approve the legislation in June may spell out significant financial and economic problems for Ukraine later in the year.

With Parliament going on recess in July, lawmakers will only return to the session hall in September, but their voting will be heavily influenced by politics as the next general election is due in October 2012.

The IMF agreed in July 2010 to provide Ukraine with $15.2 billion, the country’s second bailout loan in two years.