May 18, 2011
KIEV, Ukraine -- The Board of Directors of the World Bank (WB) has approved a $200 million loan to finance the "Project on Energy Efficiency in Ukraine". 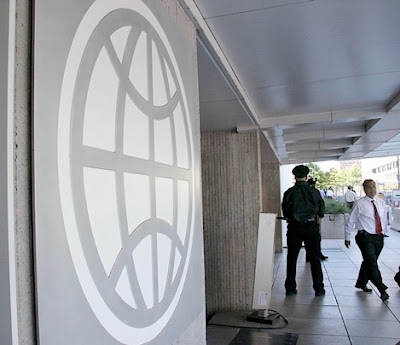 The project is to help Ukraine achieve its ambitious goals to reduce energy intensity by 20% by 2015 and by 50% by 2030. It will also help the country reduce its dependence on gas imports, therefore cutting the energy costs and energy security risks.

"The potential for energy efficiency in Ukraine is enormous. If the country were to reduce its energy intensity to the level of Poland it could reduce its energy consumption by about one third. This could translate into a reduction of at least 30% in the consumption of natural gas," said Martin Raiser, World Bank Country Director for Ukraine, Belarus and Moldova.

Initially, the news on the loan went public in November 2010, when the World Bank officer in Ukraine Astrid Munros reported that the project is almost 50 percent prepared and could be soon adopted by the WB Council.

In February, 2011, Ukraine voiced its plans to attract $3.5 billion in the energy sector to improve its energy efficiency.

Consequently, the Cabinet of Ministers of Ukraine has increased the forecast of the state program of energy efficiency funding for 2010-2015 approximately up to $43.5 billion where $3.6 billion will be allocated from the state and local budgets and the rest is planned to be attracted from alternative sources.

The World Bank's commitment to Ukraine in 38 projects amounts to about US $7 billion since it joined the World Bank in 1992.