Shevchenko To Retire After Euro 2012

May 30, 2011
KIEV, Ukraine -- Ukraine football star Andriy Shevchenko, who played for AC Milan and Chelsea in a glittering career, said he will retire after the European championships next year in his home country. 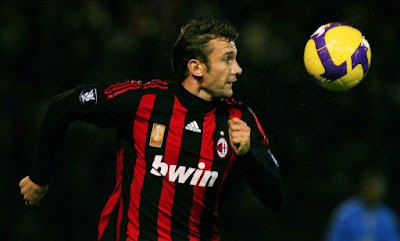 Andriy Shevchenko
"I have decided to retire right after the Euro-2012," the 34-year-old Shevchenko told AFP in an interview. "This is my final decision."

"We are all set to perform at our best at our home European championships," he added. "And I believe we can challenge the clear favourites in the battle for the title if luck is on our side."

Shevchenko also said that he believed that Ukraine's national side would have enough reasons for a successful display at their home turf next year.

"There's plenty of football-crazy fans at Ukraine and their support is truly priceless for us as it drives us on," he said.

"Besides, the country's top clubs, Shakhtar and Dynamo, have been performing solidly in European cup competition in recent years.

"There's plenty of young talent in Ukraine's football and the national squad in particular," Shevchenko said. "That's why I have no doubts that this team will be able to achieve serious international success in the very near future."

Shevchenko has been a linchpin of the Ukrainian national side over the last decade and the country will be hoping he performs at his best at the tournament which Ukraine is jointly hosting with Poland.

In the late 1990s, Shevchenko was part of a celebrated Dinamo Kiev side packed with young stars before moving to AC Milan in 1999 where he became a prolific scorer for the Italian giants.

He endured a more difficult period at Chelsea from 2006 before moving back to Milan in 2008. Shevchenko has returned to his beloved Dinamo Kiev in 2009.

Shevchenko added that he would also like to win another domestic league title next year with Dynamo Kiev before calling it a day.

"It would be great to win the domestic league before hanging up my boots," said Shevchenko, who has already won five Ukrainian league titles and three national cups with Dynamo.